100 years ago, the first commercial radio broadcast announced the results of the 1920 election – politics would never be the same 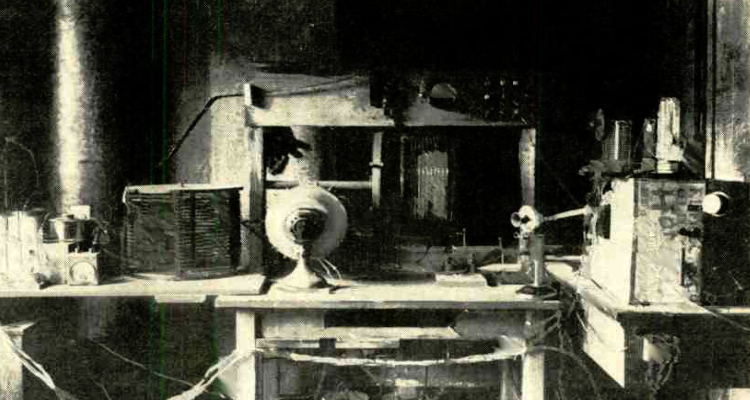 100 years ago, the first commercial radio broadcast announced the results of the 1920 election – politics would never be the same

Only 100 people were listening, but the first broadcast from a licensed radio station occurred at 8 p.m. on Nov. 2, 1920. It was Pittsburgh’s KDKA, and the station was broadcasting the results of that year’s presidential election.

When the man responsible, Frank Conrad, flipped the switch for the first time, he couldn’t have envisioned just how profoundly broadcast media would transform political life.

For centuries, people had read politicians’ words. But radio made it possible to listen to them in real time. Politicians’ personalities all of a sudden started to matter more. The way their voices sounded made more of a difference. And their ability to engage and entertain became crucial components of their candidacies.

Television, followed by social media, would build off this drastic shift in a way that forever transformed American politics.

And the winner is…

In the 1890s, radio signals were transmitted over long distances for the first time, work for which engineer Guglielmo Marconi received the Nobel Prize in 1909. By the 1910s, amateur radio operators were transmitting their own voices and music, but few people had radios, and no revenue was generated.

In 1920, employees of inventor and industrialist George Westinghouse hit upon an idea to boost radio sales by providing programming that large numbers of people could tune in to.

The man who made it happen was Frank Conrad. A Pittsburgh native whose formal education had ended in the seventh grade, Conrad would go on to hold over 200 patents.

Realizing that radio could cover the presidential race, he scheduled a broadcast for Election Day 1920.

That night, from what would become the nation’s first commercial radio station, Conrad broadcast the result of the 1920 U.S. presidential election that pitted Democrat James Cox against Republican Warren Harding. Conrad received the election returns by telephone, and those who listened in by radio knew the outcome – a Harding landslide – before anyone could read it in a newspaper the next day.

Channeling a different kind of politics

In 1964, media theorist Marshall McLuhan famously declared that “The medium is the message,” meaning that the kind of channel through which a message is transmitted matters more than its content.

Impressions of politicians – along with their approaches to campaigning – changed with the advent of radio.

For centuries, the principal medium for mass political news was the printed word. When Abraham Lincoln and Stephen Douglas participated in a series of nine debates for a U.S. Senate in Illinois in 1858, in-person attendees numbered in the thousands, but millions followed the debates through extensive newspaper accounts nationwide. The candidates were expected to make arguments, and each of the debates lasted three hours.

By the 1930s, politicians could address citizens directly through radio. The Great Depression prompted FDR’s fireside chats, and during World War II Winston Churchill spoke directly to the people via the BBC. FDR’s press secretary lauded radio, saying “It cannot misrepresent or misquote.” But McLuhan later described it as a “hot” medium, because broadcast speeches could incite passions in a way that also made possible the rise of totalitarians such as Mussolini and Hitler.

With time, politicians started dabbling in using entertainment to get the attention of voters. In the radio era, stars like Judy Garland belted out songs on behalf of President Franklin D. Roosevelt.

Once television arrived, political strategy shifted even more in the direction of spectacle. RCA had experimented with television broadcasts in the 1930s, but in 1945 there were fewer than 10,000 TV sets in the U.S. By the 1950s, the major broadcast networks – ABC, CBS and NBC – were up and running.

In the 1952 election, the Eisenhower campaign started working with ad agencies and actors such as Robert Montgomery to craft the candidate’s TV personality. More than ever before, a finely honed image became the key to political power.

By 1960 there were 46 million TVs in use across the U.S., setting the stage for 66 million people to view the first televised presidential debate between John Kennedy and Richard Nixon. Kennedy was quite telegenic, but Richard Nixon showed up to their first debate looking pale, wearing a suit that contrasted poorly with the set, and sporting a five o’clock shadow. Most who listened to the debate on the radio thought Nixon had won, but a large majority of television viewers gave the nod to Kennedy.

Today, social media have helped to further transform political discourse from reasoned argument to attention-grabbing images and memes. Politicians, who now compete with hundreds of other media channels and outlets, need to capture voters’ attention, and they increasingly turn to ridicule and even outrage to do so.

Some might regard modern politics as fulfilling a McLuhan prophecy: “The politician will be only too happy to abdicate in favor of his image, because the image will be so much more powerful than he will ever be.”

Increasing reliance on broadcast and social media makes it more difficult to focus on the merits of arguments. But visual drama is something nearly everyone can relate to instantly.

We’ll never know. But if we take McLuhan at his word, we must seriously consider the possibility that both men are the creatures of the mass media of their day.

Democratic societies neglect the effects of new forms of media on the quality of political discourse at their own peril.

Government “of the people, by the people, and for the people” – as Lincoln put it – can thrive only when voters are informed by a truly robust exchange of ideas.