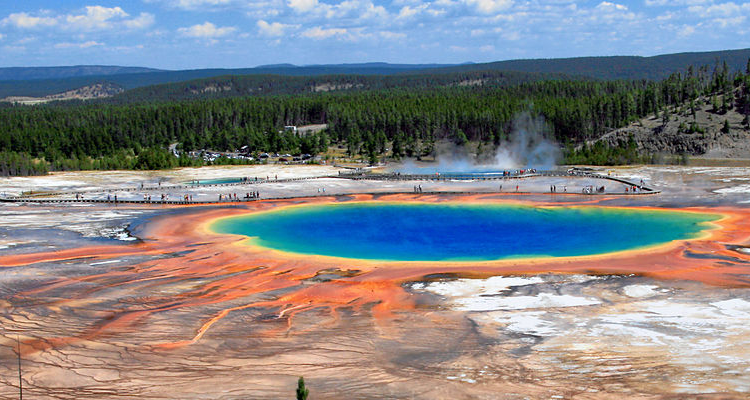 CHEYENNE, Wyo. (AP) — A federal magistrate judge has ordered two women from Pennsylvania to spend two days in jail for leaving a boardwalk and damaging a thermal area in Yellowstone National Park.

U.S. District Magistrate Judge Mark Carman also ordered 31-year-old Tara Davoli and 30-year-old Sarah Piotrowski of Philadelphia to pay a $350 fine, about $107 each in restitution and banned them from the park for two years.

Prosecutors say the women illegally left the boardwalk in the park’s Midway Geyser Basin on June 11.

Phone messages left for Davoli and Piotrowski by the Associated Press were not immediately returned on Thursday.