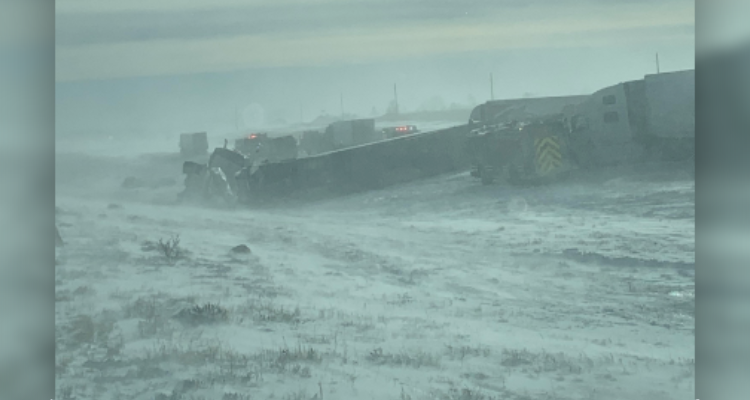 LARAMIE, Wyo.   –  On January 31, 2020, a crash involving multiple vehicles occurred in the eastbound lanes near milepost 331 on Interstate 80 east of Laramie, Wyoming.

Around 7:45 a.m., a WHP trooper stopped to check on some motorists who had slid off the roadway. As the trooper was speaking with those motorists, two eastbound commercial trucks who were passing by the trooper collided. This caused several other drivers to lose control of their vehicles and crash. One of the commercial vehicles involved in the crash struck the WHP vehicle.

The crash involving over 24 vehicles included 19 commercial trucks. All parties injured in the crash were transported to the Ivinson Memorial Hospital. The WHP trooper was not in his patrol vehicle at the time of the collision and was not injured. All other parties involved in the incident who were not injured were transported by bus to the Albany County Fairgrounds.

The interstate remains closed while troopers continue to investigate the crash.