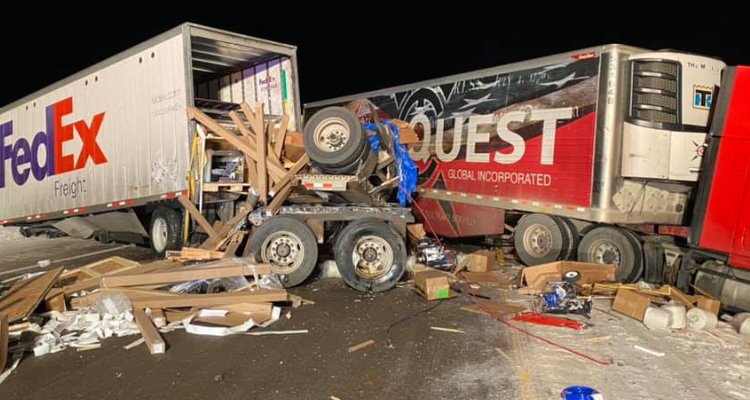 LYMAN, Wyo. – A crash involving nine vehicles over the weekend in southwest Wyoming resulted in four people being sent to the hospital and another seven being evaluated for injuries.

According to Uinta County Fire and Ambulance, the crash occurred at roughly 9:35 p.m. Saturday on westbound Interstate 80.

The road surface was extremely icy at the time.

KTWO-AM reports that six commercial trucks, two passenger vehicles and a moving van were involved in the crash.

The Wyoming Highway Patrol is investigating the crash.