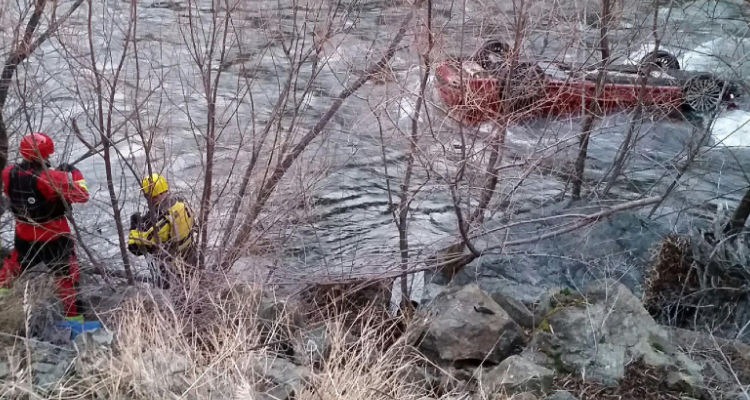 GOOD NEWS – Dispatch received a 5:00 a.m. call with report of a vehicle upside down in the Klamath River with hazard lights flashing. This sent officers with the Yreka California Highway Patrol in Northern California, to the scene. When responders arrived, they likely expected a routine extraction, followed by the possibility of an on-scene fatality.

Upon arrival responders did indeed find a red 2018 Ford Fusion, almost fully submerged in water, resting upside down on it’s roof, just as the caller had reported. But, what they did not expect, was what would come next, which some are calling a Christmas miracle!

When they extracted the vehicle from the river, they were stunned to find 28 year-old Michael Finn, from the nearby city of Klamath River, still alive inside the car close to 5 hours later!

Finn told officers he may have crashed into the water sometime around 3:00 a.m., with the rescue occurring at nearly 8:00 a.m., Finn endured nearly five hours trapped inside his submerged vehicle.

The lucky survivor told reponders that he had survived by breathing from a small pocket of air.

Whether the driver survived as an act of God, a Christmas miracle, or simply a stroke of luck is open to debate. But, What is certain, is that we should do as the Yreka California Highway Patrol has suggested, and remember to use caution when driving in the winter months and slow down on icy roadways.

All of us at KASLRadio.com hope that you will drive with safety in mind as you travel this holiday season. We also hope you will continue to visit KASLRadio.com or our Facebook page for more feel good stories this week.