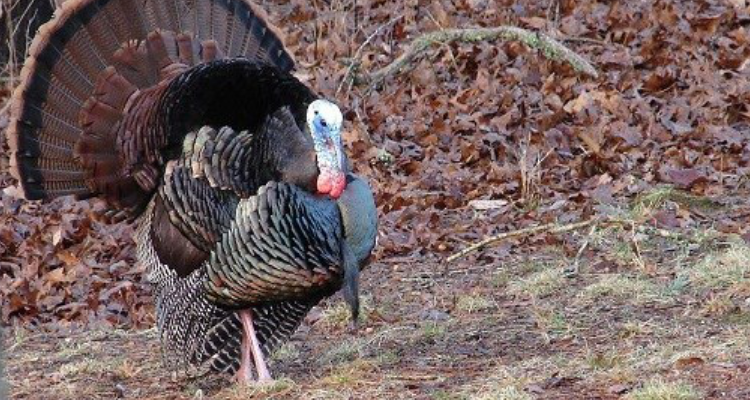 BLACK HILLS | WGFD – The turkey buzzards or vultures have shown up in the Black Hills. That is a good indicator that spring has sprung. However, the phenology (cyclic, seasonal occurrences in relation to climate of plant and animal life) seems to be a bit behind this year. So, while the turkey buzzards are back and circling, wild turkeys in the Black Hills are making a slower appearance outside of their wintering areas.

Game and Fish Newcastle Wildlife Biologist Joe Sandrini said, “It seems like we are a couple of weeks behind as far as wild turkeys dispersing from ranch compounds.”

Although he added, “Past research has shown some older, mature toms will venture to higher elevations early in the spring, ahead of their younger rivals or potential mates, but I haven’t been able to get up high to look for birds yet.”

With a snowpack that ran anywhere from about 110% to almost 200% of normal during one of the coldest winters on record, getting around in the Black Hills is still challenging with many forest roads blocked by snow drifts, or closed due to mud.

When things do dry up, and access to parts of the forest is better, Sandrini expects hunters may have to work a little harder this spring to harvest a wild turkey.

“Two years ago, poult production was above average,” Sandrini noted.

Poult production is important because in the Black Hills it has been shown that spring harvest and hunter success is related to poult production two years prior. This is because the vast majority of the toms harvested in the spring season are two-year-old birds.

However, the veteran biologist was quick to add, “Even though our wild turkey numbers continue to improve since bottoming out several years ago, this winter was tough on the birds.”

Sandrini stressed that over-winter mortality in some locations was likely above normal this year. “I would recommend that hunters not get hung up on hunting their same old haunts if finding birds is tough. In years like this, it can be to a hunter’s advantage to hike into some new locations, as the increased mortality did not seem to be a Black Hills wide event,” said Sandrini.

Sandrini noted that in checking hunters and visiting with the game wardens, folks are finding toms to chase. Plus, with the hens seeming to be a bit behind in their breeding cycle, some toms have been eager to answer hunters’ early season calls.

“It’s a bit of a mixed bag. In some areas, hunters are finding birds, but in others, it has been tough. My guess is that as the season progresses, hunters will find wild turkeys spread out more,” Sandrini indicated.

With hunters likely needing to cover more country and put extra effort into bagging a tom, it is important to remember some basic wild turkey hunting safety tips: