An Act of Kindness, A Devastating Loss, A Completed Mission to Find More Good – Good News 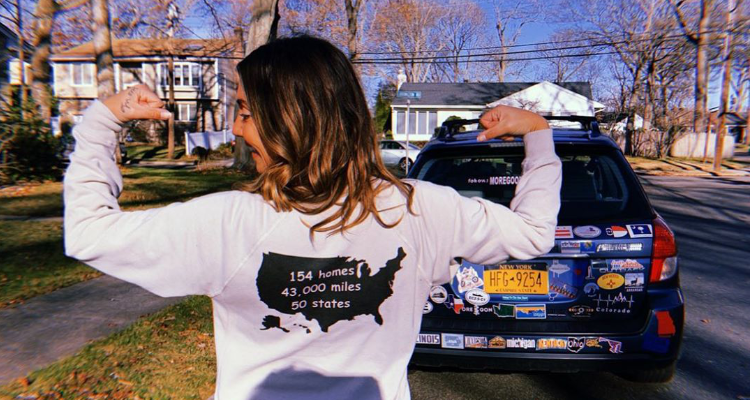 An Act of Kindness, A Devastating Loss, A Completed Mission to Find More Good – Good News

GOOD NEWS – As Christmas approaches we often find our mind wandering to thoughts of giving and acts kindness, or pondering on whether or not there is enough good left in the world… And maybe, as often happens this time of year, the thoughts will even grow to bear fruit, leading us to engage in random acts of kindness ourselves.

It was a random act of kindness, as told by a co-worker that lead Mary Latham to consider the simple good deeds that people pay each other daily across the country, the ones that we often never hear about.

Mary had been sitting in her work cubicle, reading the terrible news of the Sandy Hook Elementary School shooting on her computer screen, when a co-worker approached. He told her of a man who had gone into the coffee shop earlier and had told the barista to pay for the orders of all of the customers in line behind him with a $100 gift card.

​What a nice thing to do, Mary thought. The act in stark contrast to the news she had been reading. She thought of how she had always heard of these random acts of kindness, but had never seen one firsthand.

After an encouraging conversation with her Mother, who was fighting cancer, Mary would later meet with a friend and decide to start a project to collect and post stories of random acts of kindness to social media. Posting one new story each weekday, the project caught on in a big way!

Eleven days later, Mary’s mother would end up in the hospital, and Mary, her Father and family, would be told the news, that mom didn’t have long to live.

In the weeks that followed her Mother’s passing, Mary found the positive and encouraging nature of the stories she was posting, were beginning to help her heal. Reminding her that there was still good in the world despite how she was feeling. She considered how many other families had spent time sitting in hospital waiting rooms and needed a reminder of the good too.

She realized that her social media project was merely a launching pad for a much bigger idea, one where she would go out in search of the stories, instead of waiting for them to come to her, then compile them in a coffee table book for hospital waiting rooms, in her Mother’s honor.

Mary Latham would embark on her mission in late 2016, traveling the country, relying on the kindness of strangers, all while collecting their stories of random acts of kindness.

As of late November 2019, Mary has completed her mission of personally collecting stories from every state.

On November 30th at 3:15 p.m., after three years and thirty one days, Mary’s journey came to a close when she arrived home in Orient, New York.

Since the start of her road trip in 2016, Mary has traveled to all 50 states, compiled stories of human kindness across 43,000 miles and has been hosted in 154 people’s homes.

Mary has begun the process of writing her book as of December 15th.

To see the stories of kindness, or just re-trace her epic journey, you can visit her More Good blog at www.moregood.today or her Instagram at http://instagram.com/moregood.today/ to find out more.

Mary gave a talk at a local TEDx event, telling her amazing story in her own words, which we encourage you to watch below.