An Act of Kindness, “More Than Just Keeping the Rain Off” – Good News 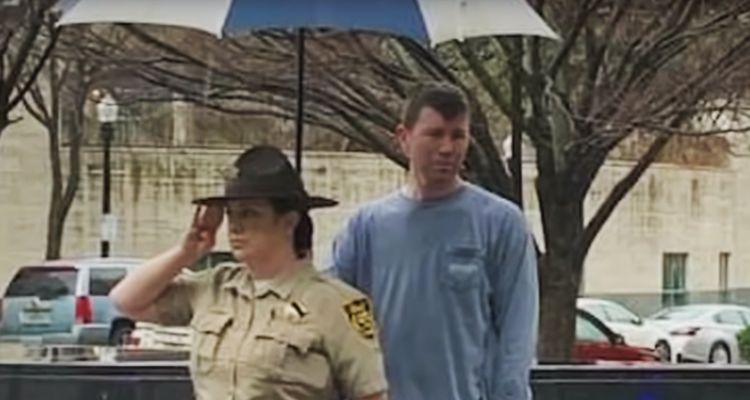 An Act of Kindness, “More Than Just Keeping the Rain Off” – Good News

JEFFERSON COUNTY, AL – On January 19th, Tiffany Dial, a sheriff’s deputy with the Jefferson County, Alabama Sheriff’s Department was standing on a street corner in the rain. Her arm was raised, with four fingers extended to the brim of her hat, standing in salute. She was paying respects to a funeral procession for a fallen officer from Birmingham, Alabama, is it passed her by.

Although she was focused in her moment, Dial says she did notice one thing she thought was strange. Several pedestrians around her were taking pictures of her. It wouldn’t be until later, while browsing social media, that she would found out why.

In a photo that was starting to go viral, Deputy Dial saw herself standing at attention, and behind her, a man standing holding an umbrella over her head. The man in the snapshot was Shawn Allen, a civilian, who had been identified as someone who works in the same building as her.

Shawn stood there on the street corner behind Dial, holding the umbrella over her for 30 minutes as the procession made it’s way past them, according to an onlooker, who said what they witnessed, “brought tears to my eyes”.

Until she saw the photo, Dial says she had no idea that Allen was behind her, or even what he had done for her, due to her brimmed hat. Because of that, Dial never said a word at the time and neither did Allen, though she wanted to get the chance to thank him for his kindness in person.

“It meant a lot, in ways you can’t even put into words. It wasn’t just about keeping the rain off of me for that little bit, it meant a lot more than that.” Dial told television station WBMA.

The two would later get a chance to meet face to face.

Allen would tell Deputy Dial that the procession was “one of the most powerful, kind of emotional displays that I hope I never see again.” He was impressed with Dial standing in the rain, paying her respects.

Dial says that the encounter has helped her to change her perspective of her job. “People do care about us,” Dial said, “and it’s very uplifting.” “It’s nice to see the good in people, and be reminded of that.”

The fallen police officer, who the procession was honoring, was Sgt. Wytasha Carter of Birmingham Police. He was shot and killed in the line of duty on January 13th.