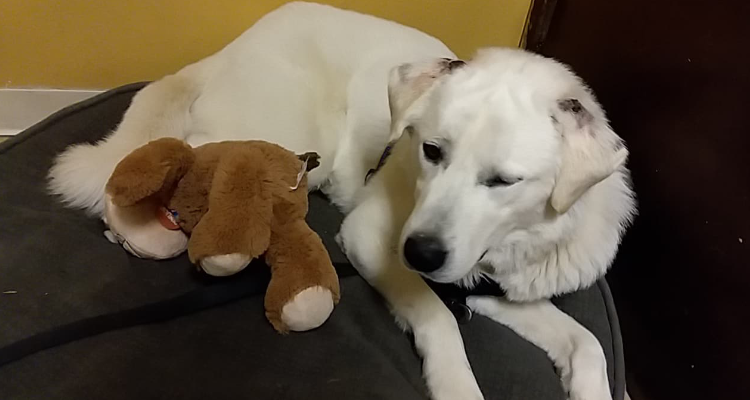 BOISE, ID. – (AP) — Nobody knows how long the skinny white dog was trapped on the side of a steep, rocky cliff in rural Idaho, but when Dave Wright heard about the pup’s plight he knew he had to get the animal down.

Wright, the founder of Friends Furever Animal Rescue, told the Idaho Statesman he saw a Facebook post about the dog’s precarious position on Sunday. He got the coordinates, did some research and with the help of rock climber Richard Jensen scaled the cliff face to rescue the dog.

The trio made it down safely, and the dog — covered in fleas, with some bruises and sores — was whisked away for vaccinations and treatment. Wright says the Great Pyrenees, now named “Clifford,” is sweet and gets along with both dogs and cats. Wright is trying to find his owner, but if that fails he says the rescue group will work to find him a new home.