Another tornado confirmed in Black Hills on Friday 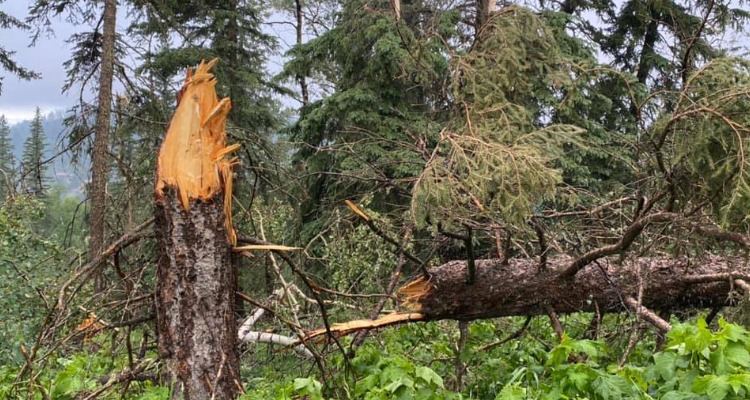 Another tornado confirmed in Black Hills on Friday

BLACK HILLS, SD.   –  Another tornado occurred in the Black Hills over western South Dakota on Friday, July 10. The tornado was confirmed by damage surveys conducted by the Rapid City National Weather Service staff.

The tornado touched down near old mining town, Tinton near the Wyoming state line southwest of Spearfish. It tracked to the east-southeast, crossed Spearfish Canyon south of Savoy, and weakened around the Terry Peak Ski Area.

It snapped and uprooted Ponderosa pine trees, which resulted in an estimated wind speed of 105 mph and EF1 rating on a scale of EF0 to EF5.

No structural damage was observed or reported.

The path length and width will be determined after the results of the aerial survey conducted by the US Forest Service are available.