Approval of final segments of Gateway West Power Line should create jobs and provide more power to the western U.S. 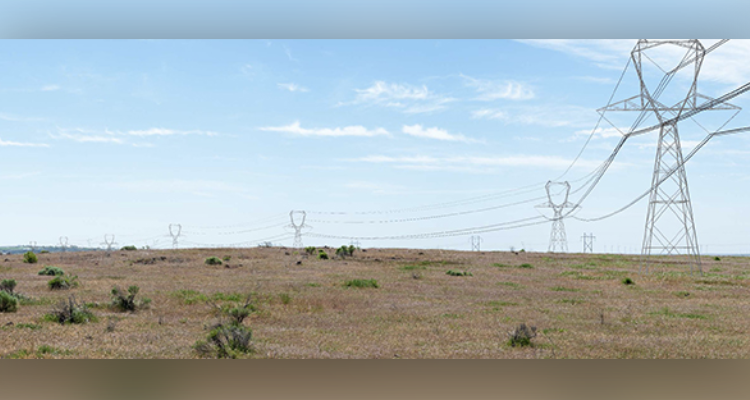 Approval of final segments of Gateway West Power Line should create jobs and provide more power to the western U.S.

Regional – The Department of the Interior’s Bureau of Land Management has approved routes for segments of the Gateway West electric transmission line project on public lands in southwestern Idaho, connecting previously authorized routes in southern Wyoming and eastern Idaho. The project will improve the nation’s energy infrastructure and boost the economy in the Pacific Northwest and Intermountain West.

“President Trump has been clear — we need to bring our infrastructure, including our energy infrastructure, into the 21st Century,” Secretary of the Interior Ryan Zinke said. “The Gateway West electric transmission line is an example of the President’s vision in action, and it will help power the American West for years to come, as America achieves energy dominance. I thank the State of Idaho and the other partners with whom we worked so closely to get this done.”

The transmission line is expected to deliver enough power to supply 975,000 homes and generate an estimated 3,100 jobs during construction and operation, including more than 1,360 connected with segments 8 and 9 in southern Idaho, for a total labor income of $23.1 million.

“Throughout his time as Secretary of the Interior, Secretary Zinke has put an emphasis on working with federal, state, and local partners to achieve mission success,” Assistant Secretary for Land and Minerals Management Joe Balash said. “The Gateway West approval is a major victory for the West, and it was only possible as a result of the Secretary’s commitment to partnership, as well as the State of Idaho’s willingness to make this happen. President Trump’s bold leadership is having real and positive consequences for American infrastructure and American energy.”

Balash signed a Decision Record authorizing the BLM to offer rights-of-way (ROWs) on public lands for segments 8 and 9 of the project to Idaho Power and Rocky Mountain Power and amending applicable BLM land use plans to accommodate these ROWs.

“We spent eight years in the wilderness, fighting an uphill battle against entrenched regulators in the Obama administration to get this essential piece of energy infrastructure approved. Now, in just over a year under the Trump administration, we’ve seen a 180-degree change in the federal approach,” Idaho Governor C.L. “Butch” Otter said. “I’m grateful for the recent rebirth of federalism we’ve seen, and for the Interior Department’s understanding of this project’s importance throughout the region.”

“Approval of segments 8 and 9 is welcome news in Idaho and I thank Assistant Secretary Balash for following the intent of my legislation,” said Congressman Mike Simpson. “This Idaho solution is good for the economy, conservation, and ratepayers who will benefit from lower rates and transmission reliability.”

Simpson sponsored legislation in 2017 that was signed into law as part of the Fiscal Year 2017 Consolidated Appropriations Act. The legislation resolved concerns about effects to the Morley Nelson Snake River Birds of Prey National Conservation Area and allowed the transmission line to be routed using the BLM Resource Advisory Council’s (RAC) preferred alternative, which was also supported by the State of Idaho.

“Completing these two segments of transmission line will deliver reliable power to southern Idaho while also creating good paying construction and ongoing maintenance jobs,” said Senator Mike Crapo, Chairman of the Senate Banking, Housing, and Urban Affairs Committee. “The approval of these final segments is testament to the success in the collaboration between the Bureau of Land Management, State of Idaho and surrounding communities who best understand how to protect and preserve lands while supporting needed energy infrastructure.”

“The decision advances a common-sense solution between federal, state, and local representatives to best provide for Idaho’s energy needs and promote the region’s energy infrastructure moving forward,” said Senator Jim Risch. “I want to thank the Administration, specifically the Bureau of Land Management, for diligently working with the State of Idaho to advance the Gateway West project. I look forward to the next phase of this project and the economic growth and development it will bring to Idaho.”

“Gateway West is critical to Idaho’s economy and it’s great news that the final two segments have been approved,” said Congressman Raúl Labrador. “The route now reflects a solution crafted on the ground in Idaho that fairly reflects local needs while clearing the way for an important regional energy project.”

Rocky Mountain Power and Idaho Power first proposed the 500-kilovolt, 10-segment Project in 2007 as a 10-segment, 500-kilovolt transmission line originating near Glenrock, Wyoming, and terminating at the Hemingway substation, 20 miles southwest of Boise, Idaho. The BLM authorized public-land ROWs for segments 1 through 7 and 10 in 2013, but deferred a decision on segments 8 and 9 to examine additional routing options.

The BLM analyzed a range of alternative routes for segments 8 and 9 in a Supplemental Environmental Impact Statement (SEIS). A subsequent Environmental Assessment led to a Finding of No New Significant Impact beyond those disclosed in the Supplemental EIS. The EA follows appeals of the January 2017 Record of Decision (ROD) from the State of Idaho, Owyhee County Commissioners, and three environmental groups, along with requests for reconsideration from Governor Otter and the project proponents, PacifiCorp/Rocky Mountain Power and Idaho Power.

As part of a larger effort to modernize the grid in the Pacific Northwest, the Project furthers America’s energy security and transmission reliability. Authorizing the final segments of the Project will make 7,191 acres of Federal lands within the ROW available to transmit electric power generated from both traditional (i.e. coal-fired and natural gas-fired) generation facilities and renewable sources (i.e. wind generation facilities) in Wyoming and Idaho.