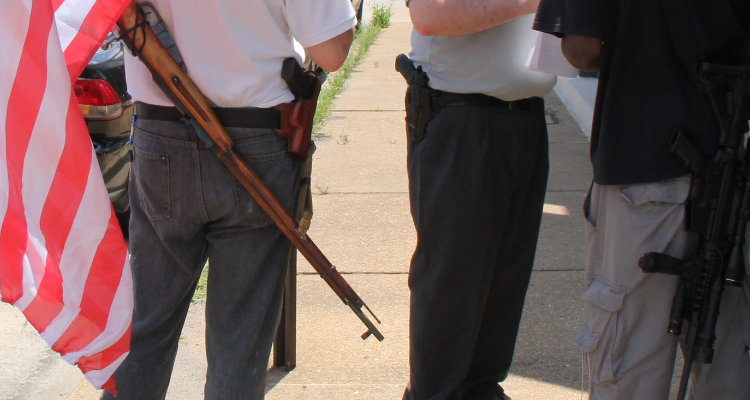 CASPER, Wyo. (AP, Casper Star-Tribune) — Several groups of people openly carried guns around downtown Casper after a day of protests against the death of George Floyd.

Some sat in front of businesses. Others lingered at a place where the protests began hours earlier Wednesday.

They told a Casper Star-Tribune reporter they didn’t seek to disrupt additional protests but wanted to protect downtown should things escalate after dark.

Earlier in the day, hundreds marched to protest Floyd’s death under the knee of a police officer in Minneapolis on May 25. The protests were peaceful.