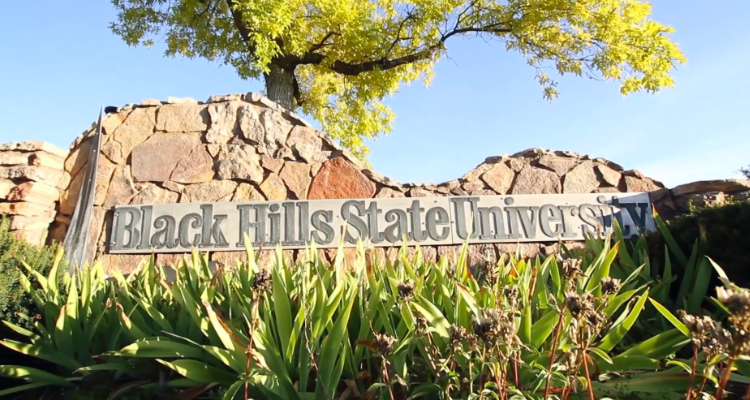 RAPID CITY, SD. | By TANYA MANUS, Rapid City Journal (AP) — Joining the Army National Guard and heading to college opened Jacey Garcia’s eyes to stark differences between life on and off South Dakota’s Indian reservations. Teaching is one of his ambitions so he can promote understanding between the two worlds in which he lives.

Jacey, 19, was born in Pine Ridge and grew up there and in Lake Andes on the Yankton Sioux Reservation. Jacey currently is an electrician in a National Guard engineering unit. He’s also a second-semester freshman at Black Hills University, where he’s learning about the history of his Native culture through the American Indian Studies program.

“Growing up, our reservation was very mixed. We had Natives and whites. There was a lot of tension, a lot of stereotypes against whites and against Natives. We have to eliminate that closed-mind thinking about each other,” Jacey told the Rapid City Journal. “A lot of Natives are stubborn and say you’re only Native if you’re enrolled or know the language. If people want to come into our communities and help us, we have to be open to that. Once we stop working against and start working with, then the changes will come.”

Jacey’s father, Dr. Tony Garcia, inspired Jacey to go to college and join the military. Tony is a Vietnam veteran and the CEO and academic dean for Ihanktonwan Community College in Marty. Like his father, Jacey is an enrolled member of the Yankton Sioux Tribe. Jacey’s mother, Janell Garcia, a school psychologist, is an enrolled member of the Oglala Lakota Sioux Tribe.

“I wanted to be like my dad. He’s a very big influence on me,” Jacey said.

As part of his American Indian studies at BHSU, Jacey is taking a Lakota language class. He often practices the language by texting his father in Lakota. His father fueled Jacey’s interest in learning about Native American history.

“In high school, I learned a little about Native history. I started to ask my dad a lot of questions about the history of Native people. It intrigued me a lot,” he said. “Learning about a lot of the history made me want to continue to learn about it and teach more people about it. It’s not taught throughout our country.”

Through friendships he’s made in his Guard unit and at BHSU, Jacey is working to bridge the divide between Native and non-Native cultures. When his friends have questions, Jacey takes those opportunities to discuss what he experienced on the reservation, and in turn, he learns about their lives and backgrounds.

“It’s good to be open to that. I got to see a lot of different people and points of view in life I hadn’t seen. I got really lucky with that,” Jacey said. “Just listening to each other, there’s all these ups and downs. If you can put effort into listening, then you’ll be able to understand.”

“Some of the kids (at BHSU) weren’t exposed to stuff throughout their lives,” he said. “For those kids, when they learn (about life on the reservation), it’s a difficult thing to talk to them about it, but when we do, it’s good. We can learn from each other.

“If you look at the statistics and facts of what it’s like to live on an Indian reservation, it’s very much like living in a Third World country,” Jacey said. “If you come off the reservation, you try to relate that to people, but it’s hard. It’s a process.”

For example, violence against tribal women is much higher than that against their non-tribal peers. According to information from Missing and Murdered Indigenous Women, indigenous women are murdered at more than 10 times the national average. Pine Ridge has the lowest per capital income in the United States and an unemployment rate topping 80%.

“All my life I grew up seeing stuff that some of my friends here at college didn’t see. Having siblings and cousins addicted to drugs or alcohol, poverty, seeing people take their own lives — these are common problems on reservations that are affecting Native people,” said Jacey, who does not use drugs or alcohol because of the toll it has taken on some of his family members.

“I saw it, but I didn’t understand it. It became part of life, hearing that somebody’s back drinking or on drugs, or to have all these kids living with their grandparents because their parents are drinking alcohol nonstop,” Jacey said. “I don’t want to use the word numb, but it became normal things to see.”

Jacey hopes more people will learn about Native American history and the historical trauma that continues to affect tribes and that the problems facing Native Americans will become a priority locally and nationally.

“I think there’s going to be a change coming, but it’s going to take more time and effort. Hopefully a time is coming where we can live in that world of no hate, but that’s something we have to pray for,” Jacey said.