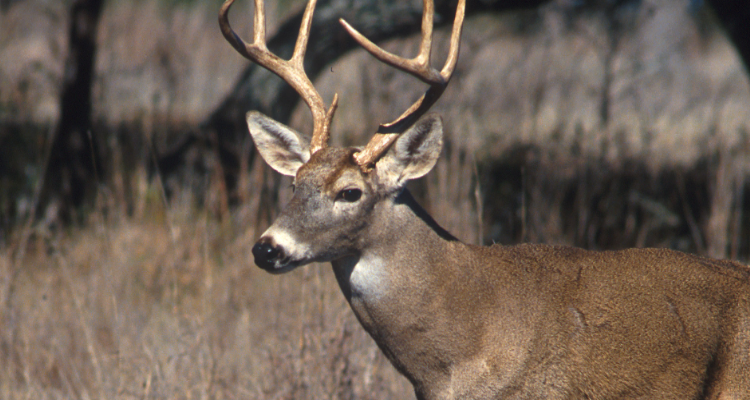 PRONGHORN ANTELOPE
Throughout the Casper Region, antelope herds are continuing to do fairly well after reaching relatively low levels through 2013.  Beginning in 2014, excellent fawn production and survival began to spur population recovery, which continued through 2017.  While antelope populations are now doing well in most areas, it appears growth is now slowing or has stagnated, with generally below-average fawn production over the past year.  Regardless, hunters will experience relatively high antelope densities near Casper due to several years of growth, and generally improved antelope numbers throughout the rest of the Region.

For 2019, antelope hunting seasons in the Casper Region were designed to continue to increase hunting opportunity in most hunt areas around Casper as populations have grown, while largely maintaining license issuance in eastern and northeast Wyoming where growth has recently slowed.  In most areas near Casper, doe/fawn license numbers have been  increased for 2019 in an effort to reduce antelope populations, while remaining relatively unchanged in Converse, Niobrara, Weston and Crook Counties.  In addition, most areas now have strong buck ratios as herds have grown.  After steadily increasing any-antelope (buck) license issuance throughout the Region since 2015, managers have again increased Type 1 license issuance in areas south and west of Casper while holding steady in eastern and northeastern Wyoming.  Hunting success should continue to remain high in 2019 as the Department continues to manage pronghorn herds for high harvest success.   As always, antelope hunters are reminded that hunt areas denoted with an asterisk (*) have limited public hunting access and are largely comprised of private lands.  In these areas, hunters should get permission to hunt private land before applying for a license, or at least recognize that hunting small isolated parcels of public land can be difficult and frustrating at times.

DEER
After undergoing a long-term gradual decline since the early 2000s, mule deer populations in the Casper Region experienced a period of much needed growth beginning in 2013 due to excellent fawn production.  That growth has now slowed with declining fawn recruitment in 2018, and mule deer numbers appear to have stabilized.  Although mule deer populations remain below established management objectives in most herds, they are significantly improved compared to much of the past decade.  Overall, the outlook for mule deer in the Casper Region is a mixed bag, with many areas now supporting more mule deer than in much of the past 10 years, with other areas continuing to harbor lower than desired mule deer densities, especially in the Laramie Range (Hunt Areas 65 and 66).

During the summer of 2018, moderate drought beset most of the Casper Region following relatively good spring precipitation, which resulted in relatively poor mule deer fawn survival.  Managers attributed relatively poor fawn survival to dry summer conditions causing key vegetative communities to cure relatively quickly in some parts of the Region, thus affecting the nutritional condition of fawns and lactating females.  In addition, some increased fawn predation may have also occurred as small mammal densities have dramatically declined.  In general, mule deer were in moderate nutritional condition entering the 2018-2019 winter as overall range conditions were fair in key mule deer habitats.  The 2018-2019 winter was variable in the Casper Region, with mild winter conditions prevailing throughout the Casper, Douglas and Lusk areas, and relatively harsh winter conditions in northeastern Wyoming.  Over-winter survival was about average in most of the Region, but higher than normal winter losses likely occurred in northeast Wyoming.  The combination of mild winter weather and relatively poor fawn survival has resulted in relatively stable mule deer populations in most of the region.  Although winter losses were somewhat significant in the Black Hills, this mule deer population grew substantially in recent years, and hunters should still expect to see relatively good mule deer densities in this area.

General license mule deer hunters in Deer Hunt Areas 65 (Nonresident Region J) and 66 (Nonresident Region D) will see about the same or a few less mule deer bucks this fall compared to last year.  Following a period of population growth, fawn recruitment and overall mule deer survival appears to have declined over the past year, which will result in fewer young bucks available to hunters in these areas.  Hunting seasons will remain conservative to allow for maximum population growth, with harvest restricted to antlered mule deer with three points or more.  General license seasons in Hunt Areas 7-9, 11-14 and 21 (Nonresident Region B) will remain unchanged.  In these areas, hunters should again expect to see high ratios of mature bucks.  However, these areas have limited public access, and hunters should secure permission to private lands before planning a hunt in these areas.  In the Black Hills (Hunt Areas 1-6, Nonresident Region A), hunters should still see relatively good mule deer numbers in traditional mule deer habitats.  Hunters are reminded that National Forest lands in Hunt Areas 2 and 4 harbor very few mule deer compared to white-tailed deer, and that most mule deer occupy private lands in this part of the state.

Doe/fawn license issuance for mule deer has long been eliminated throughout most of the Casper Region outside of the Black Hills.  Throughout the Region, nonresident mule deer hunting opportunity was drastically cut over the past 15 years as mule deer populations declined, although this trend has recently reversed with continued high Region A license issuance and a modest increase in Region B license issuance.  Region D and J licenses  remain unchanged for 2019.  Nonresidents wishing to hunt in Deer Hunt Area 88 should note that this area is now part of Region D (was formerly in Region E).

Three of the four limited quota deer hunt areas in the Casper Region will again see increased licenses  as recruitment of bucks has been good since 2014.  These areas (Hunt Areas 10, 22, 34 and 89) boast high mature buck ratios, and are managed for quality hunting and high harvest success.  For 2019, there was a modest increase in Type 1 (antlered deer) licenses  in both Hunt Areas 34 and 89 west of Casper, where there should be good availability of older-aged bucks.  These two areas have long been managed conservatively to provide good mature buck hunting opportunity, even in years when mule deer populations are depressed.  However, despite an uptick in license issuance, drawing odds for both Hunt Areas 34 and 89 Type 1 licenses will remain low given their popularity.  License issuance also increased in Hunt Area 22, although hunters are reminded this area has very limited public access for mule deer hunting.  In Hunt Area 10, which is largely comprised of the Thunder Basin National Grasslands, license numbers will remain unchanged.  Hunters should temper their expectations regarding antler size of mature buck mule deer in these four areas.  Despite licenses being very hard to draw and a management emphasis on maintaing high mature buck ratios, most hunters do not harvest large-antlered mature bucks in these areas.

Outside of the Black Hills, white-tailed deer numbers have increased as favorable weather conditions have provided for improved fawn production, leading to modest population growth in some areas and dramatic growth in others.  When conditions are optimal, white-tailed deer are capable of high reproductive rates leading to rapid growth.   As a result, issuance of white-tailed deer licenses (Type 3 and 8) will continue to remain relatively high across the entire Casper Region.  Type 3 and 8 license issuance has been eliminated in Hunt Areas 7, 8 and 9 due to confusion and enforcement problems created due to a  lack of access, while the addition of 100 Type 8 licenses in Hunt Area 88 will help address damage to cultivated lands along the North Platte River.  Hunters are reminded that, outside of the Black Hills (Hunt Areas 2 and 4), white-tailed deer primarily occupy private lands along creek bottoms and irrigated meadows.  For most of these areas, hunters should plan on securing permission to hunt private land before purchasing a white-tailed deer license.

ELK
Elk numbers remain at or above objective levels in all herds in the Casper Region.  Elk seasons therefore continue to be extremely liberal in terms of season length and license issuance.  In recent years, elk harvest has approached or exceeded record levels in many Casper Region herds.  The Casper Region continues to provide excellent bull elk hunting opportunities, with many areas reporting excellent harvest success on any-elk licenses and good mature bull antler quality in recent years.  Antlerless elk hunter success continues to be good in most of the Region, although high hunter densities on public lands often result in reduced hunter success in the early fall.  Overall, 2019 seasons will continue to emphasize female elk harvest throughout the Casper Region, while also providing good mature bull hunting in most areas.  Hunters willing to expend the effort should continue to enjoy remarkable numbers of elk and good success if the weather cooperates.

In the Laramie Peak/Muddy Mountain elk herd (Hunt Areas 7 and 19), overall elk harvest continues to be outstanding as cooperation with landowners has resulted in good hunter access for cow elk on private lands along with expanding Walk-In-Area and Hunter Management Area opportunities.  Unfortunately, harvest success declined in 2018, although this was due to atypical elk movements to lower elevation early in the season following an unseasonable cold and snowy late October and early November.  Elk hunting in the Laramie Range should continue to be good this coming fall, although hunter success on public lands during October and November rifle seasons has diminished in recent years as many elk tend to congregate on private lands with restricted hunting access.  Availability of elk on public lands during September archery seasons continues to be excellent.  Antlerless elk seasons will again run through January in both Hunt Areas 7 and 19, although only 50 Type 7 (January) licenses were issued in Hunt Area 7.

Antlerless hunting opportunities will extend through mid-December in Hunt Areas 23 and 120 until the end of December in Hunt Area 122.  Overall, elk harvest success in Hunt Area 23 continues to be limited as the vast majority of elk tend to congregate on one large ranch with little to no hunting pressure.  Over the course of the season, elk do occasionally leave this property and become available on adjacent public lands, or can be found in small groups in other portions of the hunt area.  This results in moderate elk harvest over the course of a long season, although hunters typically expend more effort per animal here than in other hunt areas within the Casper Region.

Elk hunting in the Black Hills continues to be a mixed bag.  Hunters with access to private lands, where the majority of elk occur, have been doing well while public land hunters in Hunt Area 116 typically have little success.  The general license season in Hunt Area 116 was designed to increase elk harvest on private lands while allowing for some opportunistic elk harvest on National Forest, where elk numbers are low.  Elk densities on the Bearlodge portion of the Black Hills National Forest have always been low during the fall as hunting pressure and human activity quickly displaces them to private lands.  Expectations of harvesting an elk on National Forest in Hunt Area 116 should therefore be tempered.  Hunters should note that all cow/calf license types valid in Hunt Area 116 have been combined into one Type 7 license that is valid off National Forest.  License quotas for Hunt Area 1 will remain relatively low as overall harvest success has been lower than desired in recent years.  Finally, in Hunt Area 117, some increased opportunity for antlerless elk harvest should again be provided for early and late season hunters on select private lands to reduce elk damage.  Here, hunters should note that all cow/calf license types were combined into one Type 7 license last year to simplify regulations.  In addition, a new Type 2 license was added for Hunt Area 117 to permit spike and antlerless harvest.