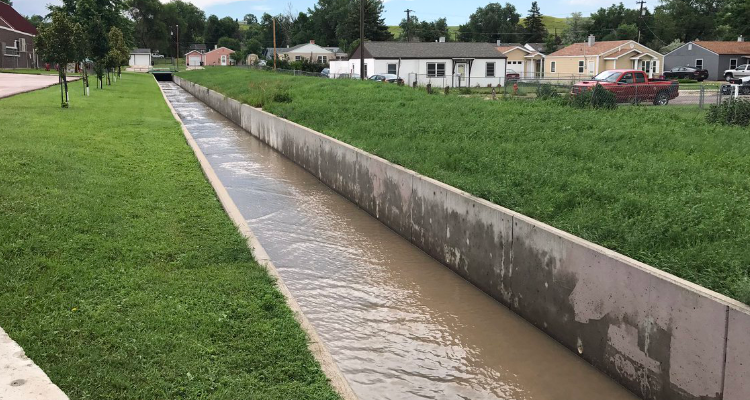 RAPID CITY, SD. (AP) — Authorities say a 12-year-old boy swept away in a drainage canal during flash flooding in Rapid City was able to free himself after the water carried him about five blocks.

First responders were called to the canal Sunday afternoon after witnesses saw the boy in the fast-moving water created by an intense thunderstorm. They said the boy’s head went underwater several times.

The child managed to escape just before the canal drops below street level.

The Rapid City Journal says he was taken to the hospital to be evaluated. Fire officials urged parents to keep children away from fast-moving water.