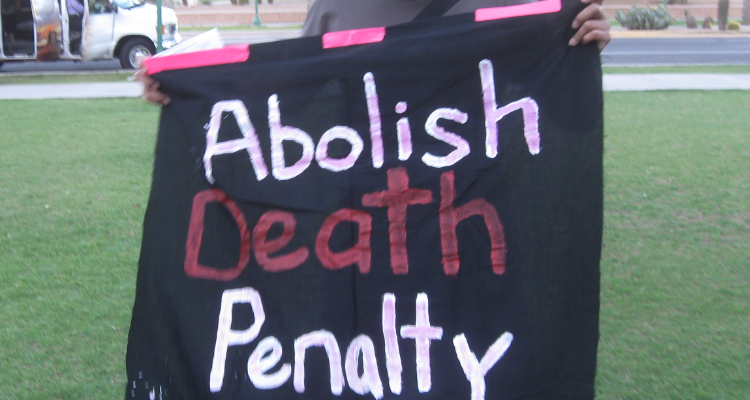 CHEYENNE, WY | By ERIC GALATAS – Dozens of Wyoming residents, civic and faith leaders have launched the Wyoming Campaign to End the Death Penalty in the 2020 legislative session.

Sabrina King, director of campaigns for the American Civil Liberties Union of Wyoming, says repealing the death penalty will help eliminate racial and jurisdictional bias, save taxpayers millions of dollars, and eliminate the risk of executing innocent people.

King says nationally, more than 150 people have been tried, convicted and sentenced to death, only to be later found not guilty or exonerated.   “The reality is we know that, no matter how good, our criminal justice system is imperfect,” she stresses. “The only way to ensure that no innocent people are ever executed is to get rid of the death penalty.”  King says decades of data show that a disproportionate number of death penalty cases involve poor people and people of color, and notes that Washington state has found it unconstitutional.

She says in Wyoming, since prosecutors have discretion over cases, the law is frequently not applied evenly county by county.   Proponents of keeping the death penalty argue that making criminals pay the ultimate price is necessary for families to receive justice, and some believe it’s an important deterrent.  King disagrees, and points out that states with the death penalty actually have higher murder rates than states that don’t.   She says investments in preventive programs, including mental health and substance-abuse treatment, are better proven tactics for reducing crime.

King adds that in her experience, families involved in death penalty cases did not get the justice they deserved.  ”What we see time and time again is families are not served by the death penalty,” she stresses. “These cases go on for years, the families quite frankly usually come out and say, ‘We wish this hadn’t been a death penalty case.’”

King says just having the law on the books ends up costing state taxpayers nearly $1 million a year, money that could be used for other priorities in the 2020 budget session.

A repeal bill in this year’s session passed the House but was defeated 18 to 12 in the Senate.

As of March, 24 U.S. states have abolished the death penalty or have moratoriums in place.