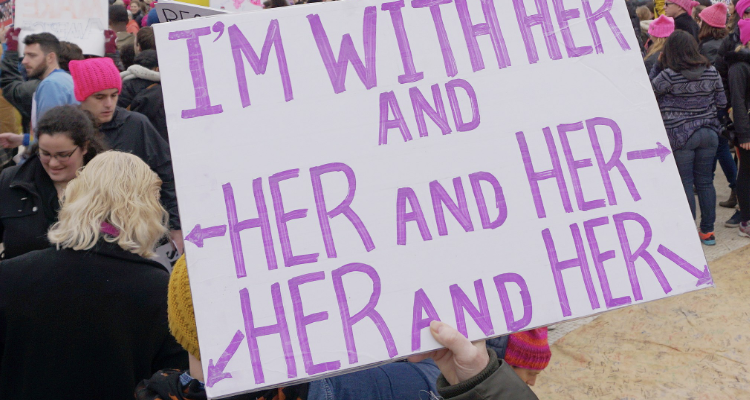 Cheyenne, WY. | Casper, WY.  –  Marchers that included women, men and children walked in Casper and Cheyenne, Wyoming on Saturday. The crowds rallied for equal rights and for the safety and health of, not just women, but also families. Some attendees also marched in continued protest the Presidency of Donald Trump.

The rallies took place in numorous cities across the country on Saturday, the date that marked the anniversary of President Donald Trump’s inauguration.

An estimated crowd of five hundred took to the streets to march in Cheyenne, where participants paraded from the Cheyenne Depot Plaza, up Capitol Avenue to the Wyoming Supreme Court Building, chanting slogans like “Women’s rights are human rights” and “This is what diversity looks like, this is what Wyoming looks like.”

They then marched back up Capitol Avenue, to listen to speakers, that included state Rep. Cathy Connolly, and Sara Burlingame of Wyoming Equality.

In Casper, despite the weather, turnout for the Women’s march in the city was considered good. Over three-hundred participants took to march along Second Street.

March organizer, Jane Ifland, said that she was pleased with the turnout and the support.

Event organizers and supporters of the marches in Wyoming said the rallies allow for people to stand together in solidarity with partners and children for the protection of women’s rights, safety, health, and families.

It also allows for those who believe that recent rhetoric and policy decisions insult, demonize, and threaten women, minorities, immigrants, members of the LGBTQ community, and others, to speak out in number and have their voices heard.

The marches were an inclusive event, in which organizers encouraged everyone, who supports women’s rights to join in.