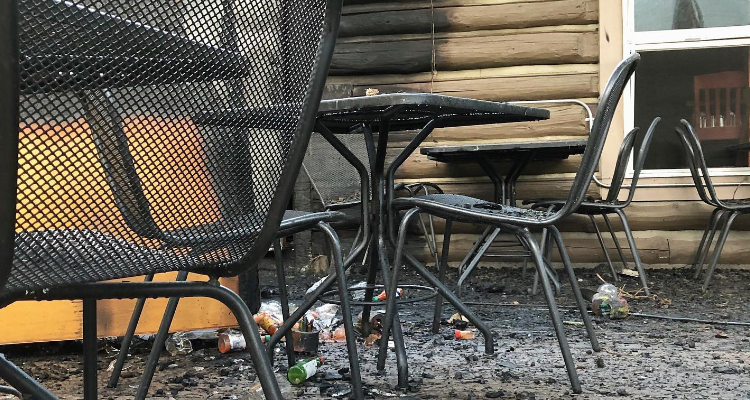 JACKSON, Wyo. (AP) — Authorities have not determined the cause of a July fire that caused irreparable harm to a more than century-old Wyoming log cabin.

The Jackson Hole News & Guide reported Friday that multiple local agencies including the Jackson Police Department and Jackson Hole Fire have been conducting a joint investigation into the fire at Cafe Genevieve in downtown Jackson.

Police Lt. Roger Schultz says investigators cannot determine if the fire was caused by humans or otherwise based on physical evidence.

Authorities say multiple witnesses were interviewed in the case, but one key witness won’t agree to speak with investigators causing the case to remain active.

Authorities say the 109-year-old building caught fire July 2 and has remained closed since.

Owner Fred Peightal says he hopes to reopen the restaurant by February.