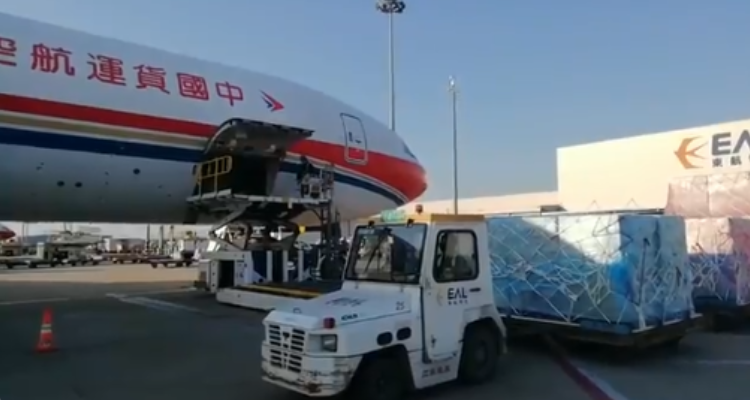 Less than a month after China confirmed the emergence of what soon became the new coronavirus pandemic, the Chinese e-commerce giant Alibaba pledged US$144 million in medical supplies for Hubei province and its capital city Wuhan.

Soon after that Jan. 29 announcement, Chinese billionaire Jack Ma, Alibaba’s founder, said he was giving away $14 million through his own foundation to develop a COVID-19 vaccine. These gifts from Ma, a former high school teacher, and the company roughly equaled everything else given by that point to fight coronavirus.

By the end of March, every other region of the world benefited from his largesse, including Western Europe, Latin America, Asia and Russia.

A wave of giving

This wave of Chinese giving goes beyond Ma’s own checkbook.

The giant tech company Tencent Holdings says it donated $211 million in February for medical supplies, efforts to fight the new coronavirus in China and other related priorities.

In addition, on March 24, Tencent announced the creation of a $100 million global fund to support international efforts to deal with the pandemic. The company seeks to harness the power of internet by providing faster access to health care services online, facilitating remote working and battling misinformation.

Tencent also played a key role in getting more than a million N95 masks delivered, courtesy of the private jet the New England Patriots football team uses, to Boston on April 3.

Separately, China Evergrande Group, China’s largest real estate company, has set up a $115 million effort in Boston that brings together researchers at top universities such as Harvard and the Massachusetts Institute of Technology China’s Guangzhou Institute of Respiratory Health along with local biotechnology companies to develop tests, treatments and do other work aimed at halting the pandemic.

All told, Chinese donors, foundations and corporations are already planning to kick in some $900 million, about a fifth of the estimated $4.3 billion in this initial wave of worldwide donations raised by April 2 to deal with COVID-19 and its many repercussions, according to Candid – a group that tracks charities and funders.

We have observed through our research that private philanthropy is flourishing in China. The response by Chinese donors to this pandemic illustrates how this generosity is beginning to extend far beyond China’s borders.

Ma is, according to Forbes Magazine, the 21st wealthiest person in the world with a pre-pandemic fortune estimated to be worth approximately $43 billion.

In the fall 2019, he stepped away from his leadership role at Alibaba, the company he founded in 1999 that now has more than 100,000 employees. The entrepreneur stated at that time that he wanted to devote himself to philanthropy, especially causes tied to education.

Large-scale private charity only emerged in modern China after 2000.

After China embraced capitalism, it experienced meteoric economic growth, which generated not just islands of wealth but also vast inequalities. China’s first private foundations flourished in the 1980s and 1990s in attempt to halt this process and help the government establish a safety net.

In 1994, China’s leaders officially admitted that philanthropy and socialism could be compatible. Its philanthropy is fueling China’s worldwide influence through what’s known as “soft power” – an effort to persuade others to do what it wants without force or coercion.

The proliferation of Chinese philanthropists is directly linked to the rise of massive Chinese fortunes and “wealth polarization.” There were 325 billionaires in mainland China and 436 in greater China in 2018 – the second-largest number anywhere after the United States, where 607 billionaires live.

Ma isn’t the only self-made Chinese entrepreneur to go big with philanthropy.
Charles Chen Yidan, a Tencent co-founder, left the company in 2013. Like Ma, he’s emphasizing education. The Yidan Prize – which amounts to $3.8 million – is the world’s most generous award for educational research.

He Qiaonv, who made her fortune in China’s burgeoning landscaping business, pledged that she would give away $1.5 billion for wildlife conservation in 2017. At that time, this was the world’s largest-ever personal philanthropic commitment for this cause.

The government is also encouraging giving. China increased its tax incentives for philanthropy in 2018. Individuals can deduct donations up to 30% of their taxable income, and businesses can do the same with up to 12% of their annual profits.

Despite the global economic downturn that’s unfolding now, we expect Chinese philanthropy to become an even bigger force to be reckoned with far beyond its borders in the years ahead.

Some of this information appeared in an article The Conversation France published on February 6, 2020.