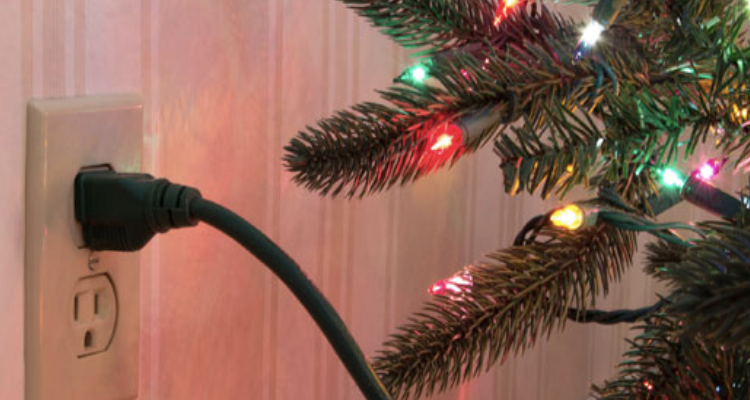 As holiday scenes come to life in downtown shop windows and in neighborhoods we would like to remind citizens of the potential fire risks and offers the following holiday safety tips:

Picking the Tree
-Choose a tree with fresh, green needles that do not fall off when touched.

Placing the Tree
-Before placing the tree in the stand, cut 2” from the base of the trunk.
-Make sure the tree is at least three feet (3ft) away from any heat source, such as fireplaces, radiators, candles, heat vents or lights.
-Make sure the tree is not blocking an exit.
-Water trees daily. This is important to retain high moisture content in the needles of the trees and to limit accidental ignition and prevent rapid flame spread. Dry needles can readily ignite with a flaming source and generate heat release rates that are capable of causing flashover – an almost simultaneous ignition of exposed combustible material.

Lighting the Tree
-Use lights that have the label of an independent testing laboratory. Some lights are only for indoor or outdoor use.
-Replace string of lights with worn or broken cords or loose bulb connections. Read manufacturer’s instructions for number of light strands to connect.
-Never use lit candles to decorate the tree.
-Always turn off Christmas tree lights before leaving home or going to bed.
After Christmas
-Bring outdoor electrical lights inside after the holidays to prevent hazards and make them last longer.
-Dispose of the tree after Christmas. Dried-out trees are a fire danger and should not be left in the home or garage, or placed outside against the home.