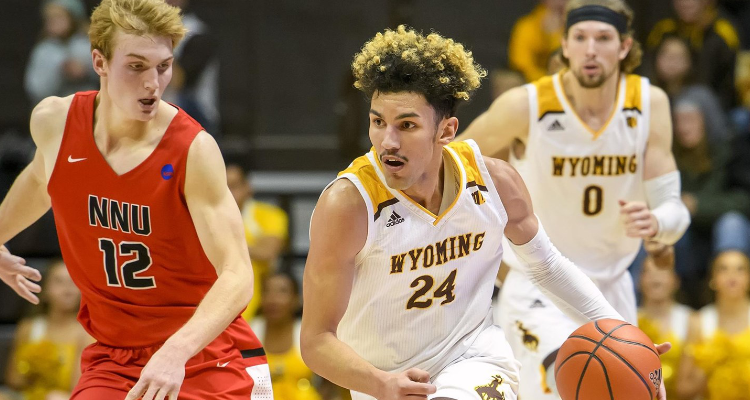 COLUMBIA, S.C. – The Wyoming Cowboys (1-1 overall) dropped a 66-32 road contest at SEC foe South Carolina on Sunday afternoon in Columbia, S.C. The stingy defense of the Gamecocks held Wyoming to 23 percent from the field.

“Credit South Carolina for their type of play, as they are very aggressive and play with great physicality,” UW head coach Allen Edwards said. “South Carolina shot the ball very well, better than they have in the past and they made some shots.”

The Pokes were led by redshirt sophomore guard Hunter Maldonado, as he recorded 10 points for his second game in double figures this season and the 14th of his career. Senior guard A.J. Banks added six points. Sophomore forward Hunter Thompson added a career high seven rebounds.

South Carolina out rebounded the Pokes 41-21 for the afternoon. The gamecocks also finished the game with 19 fast break points.

“Sometimes you are just over matched in the post, but Hunter Thompson did a good job fighting and battling down low,” Edwards said. “They are a great rebounding team and that is a part of their identity.”

After sophomore guard Greg Milton III opened the scoring with a layup, the Gamecocks would go on a 7-0 run to take the early advantage. Wyoming that lead was expanded to 13-3, as the Cowboys committed three turnovers in the opening five minutes.

After the Pokes went on a mini 4-0 run with a triple from Thompson highlighting the run, the Gamecocks went on 7-0 run to build a 20-7 advantage with 12 minutes left in the first half. Wyoming struggled from the field going 2-of-7 to that point with South Carolina hitting 5-of-9 three pointers.

Wyoming’s offensive struggles continued as the Gamecocks took a 35-16 lead into the half. Wyoming was held to 28 percent from the field going 5-of-8. South Carolina 15 points off of eight Cowboy turnovers in the first 20 minutes.

South Carolina continued to bring the defensive energy holding Wyoming scoreless for over seven minutes to open the second half. Wyoming would then go on a 7-0 run and make it a 47-23 contest halfway through the frame.

Wyoming closed the contest 1-of-7 from the field falling to South Carolina, 66-32.

The Gamecocks were led by one of the SEC’s top players in guard A.J. Lawson, as he poured in 12 points. Jeremaine Cousinard added 12 points as well leading all players with five field goals.

The Pokes return to action on Wednesday hosting Cal State Fullerton in the Arena-Auditorium for a 7 p.m. start.