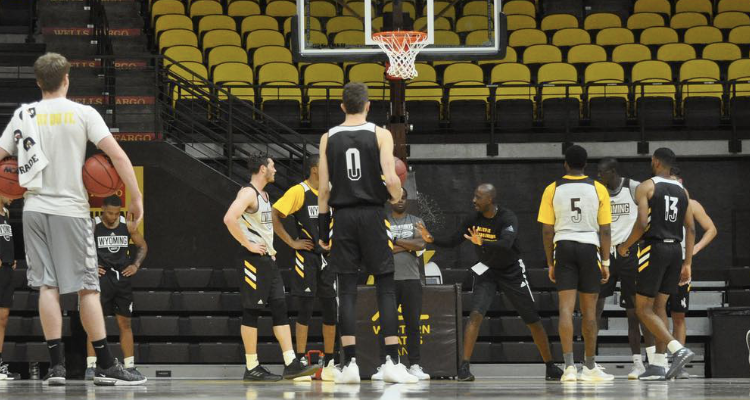 LARAMIE, Wyo. – The Wyoming Cowboys officially open the 2019-20 season on Tuesday evening hosting Idaho State in the season opener inside the Arena-Auditorium. The game is slated for a 7 p.m. start and is the first meeting between the programs since 2011.

The contest will be broadcast live on radio over the 26 affiliate stations of the Cowboy Sports Network, as Dave Walsh and Kevin McKinney will call the action.

A Look at the Matchup
Wyoming heads into the season opener with four returning starters and eight returning letterwinners. Wyoming earned a 62-56 win in its exhibition contest against Northwest Nazarene. Wyoming shot 46 percent from the field for the evening and held NNU to only 33.3 percent from the field. It would have tied for the lowest by a Wyoming opponent last season. Wyoming also held a 42-35 advantage on the boards for the evening. Wyoming also got out in the fast break recording nine points on the night.

The Bengals return seven letterwinners and three starters from last season’s team that finished 11-19 and 7-13 in the Big Sky. Head coach Ryan Looney is in his first season with Idaho State, but led his NCAA Division II squad, Point Loma to the NCAA Title game last season. Idaho State defeated Eastern Oregon by a score of 78-53 in one exhibition game and downed Montana Tech 62-52 on Oct. 30.

Each Team’s Leaders
The Cowboys are led redshirt sophomore guard Hunter Maldonado. He is Wyoming’s top returning scorer, as he averaged 13.8 points per game and a 6.8 rebounds. He added 11 points and 11 rebounds in the exhibition game. Senior guard Jake Hendricks averaged 10.8 points per game a season ago. He led Wyoming in the exhibition contest with 23 points with 21 points in the first half. He went 7-of-9 from the field and 4-of-5 from behind the arc.

About The Series
Wyoming holds a 13-7 lead in the all-time series against the Bengals. The last meeting came in 2011 with the Pokes taking a pair of meetings. Wyoming has won six-straight in the series dating back to 1986.

Up Next
Wyoming hits the road for the first time this season heading to South Carolina to take on the Gamecocks on Sunday at 10 a.m. MT. The game can be seen on the SEC Network.