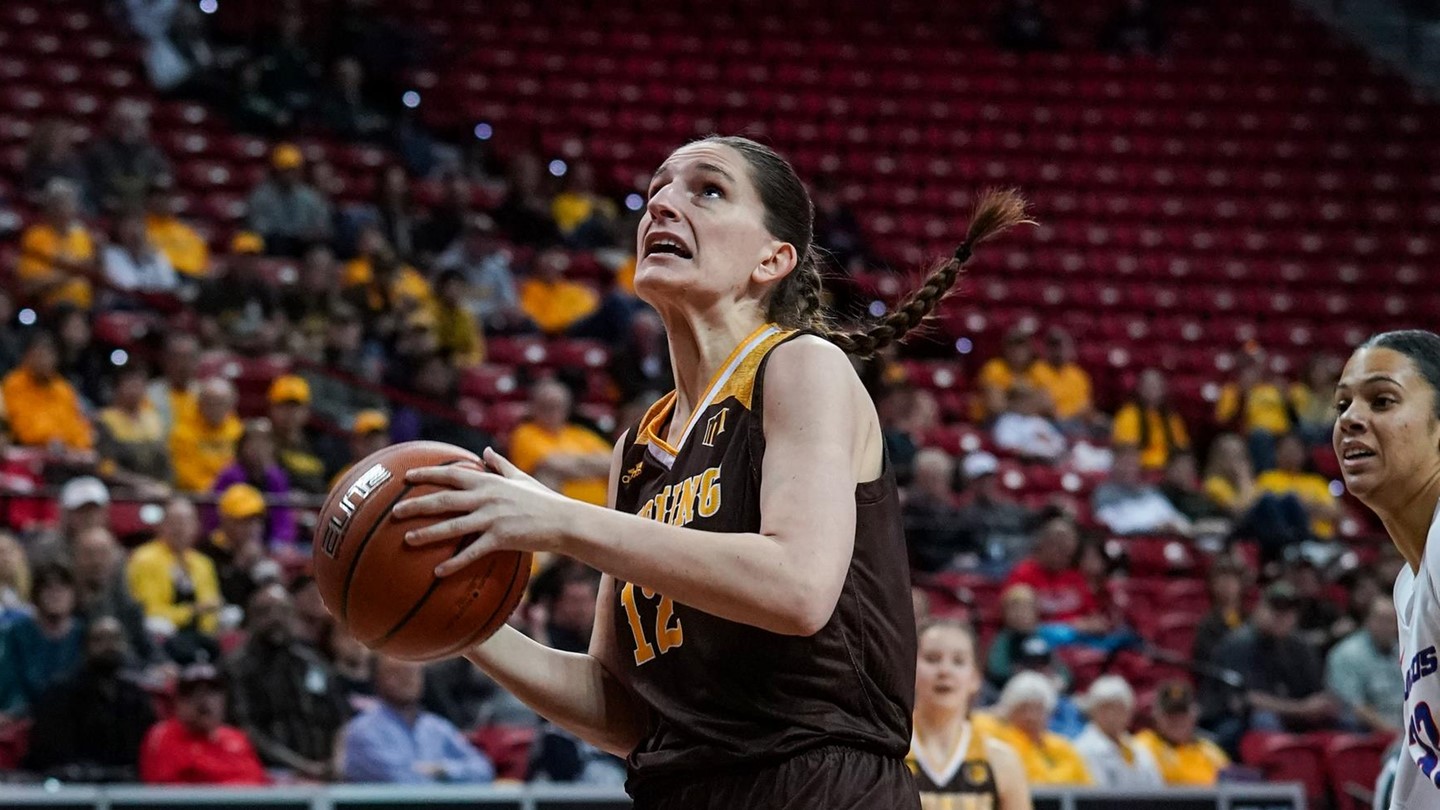 “I thought tonight’s game, Boise State played as well as I’ve witnessed,” said head coach Joe Legerski. “I thought they were really the aggressor tonight, both offensively and defensively. They made us rush some things that we normally take our time with.”Senior Marta Gomez finished with a team high 19 points, including 12 in the first half. Gomez was named to the All-Tournament Team following the game. Gomez would record her 27th double-figure scoring game of the season after reaching double-digits early in the second quarter. With four assists, senior Clara Tapia reached her average for the season which is 3.3 assists per game.

The Cowgirls were outrebounded 31-21 for the game and move to 5-2 this season when losing the battle on the boards. Wyoming shot 38 percent from the field, but responded by shooting 43 percent in the second frame.

The Broncos struck first with a jumper on their first possession. After a defensive stop, Gomez opened the lid for the Cowgirls with a layup off a nice pass from Erjavec. Then, Gomez scored a corner three to give Wyoming its first lead, 5-2. However, a 6-0 run for the Broncos made it 8-5 for Boise State at the 6:06 mark of the first quarter.

Erjavec ended a long Cowgirl drought with a layup, and Gomez three on the next possession made it 13-all with 1:14 to go in the quarter. However, the Broncos scored the last five of the quarter, and led 18-13 after the first 10 minutes.

The Broncos scored a jumper to start the second quarter, and Erjavec answered with a score in the paint. However, the Cowgirls entered a four-minute scoring drought, and the Broncos pushed their lead to 27-17 at the 4:26 mark of the second quarter. Boise State extended their lead up to 35-23 at the end of the half thanks to a pair of late free throws. The 12 points tied the largest deficit the Cowgirls had faced in a game up until that point.

Tapia started the half with a jumper just outside the key, but the Broncos immediately answered with a three. Gomez scored five straight points for Wyoming, but the Cowgirls couldn’t get stops, and the Broncos kept the double-digit lead, 47-34, at the 6:15 mark of the third quarter. With the Cowgirls in the midst of a 2:10 streak of no field goals, the Broncos pushed their lead up to 55-39 with 2:02 to go in the third. Boise State added a jumper and took a 57-39 lead into the fourth quarter

Rusk opened the fourth quarter with a layup, and Sladjana Rakovic added a pair of free throws on the next possession, and Tereza Vitulova scored a three to cap a 7-0 run to start the quarter. But the Broncos responded and pushed their lead back to 15, 63-48 with 3:56 to play. At the 1:07 mark, both teams subbed in their reserves, and Boise State took the 68-51 victory.

The Broncos were led by Braydey Hodgins with 16 points. She was a perfect 6-of-6 from the field in 34 minutes.