Cowgirls Selected to Play in 2019 WNIT 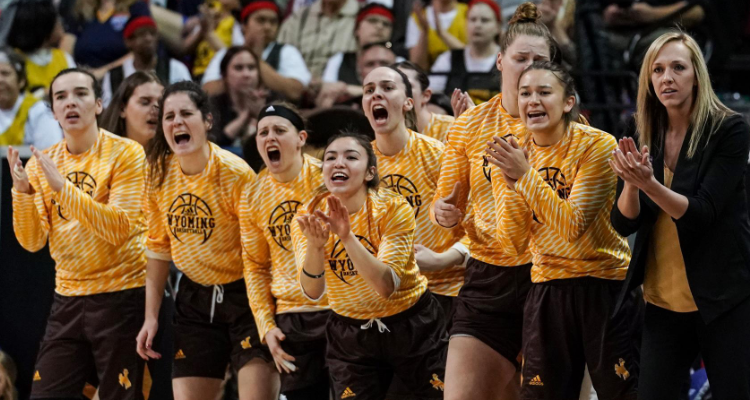 Cowgirls Selected to Play in 2019 WNIT

LARAMIE, WY.  – The Wyoming Cowgirls will continue their season after receiving an invitation to the 2019 Women’s National Invitation Tournament (WNIT), it was announced Monday evening. Wyoming will host Northern Colorado on Thursday, March 21, in a first round matchup tentatively scheduled for 6:30 p.m. (MT). It is the second time in program history the Cowgirls have participated in a postseason tournament in three consecutive years, joining the 2006-08 squads.

“We are excited to extend the season and participate in the WNIT,” said head coach Joe Legerski. “This team set goals of achieving a 20-win season, compete for a conference championship and play in the postseason. They have accomplished a great deal, and now the opportunity to play in front of our fans makes this season special.”

The Cowgirls are currently 22-8 overall and have compiled a 13-5 record in Mountain West play to earn the No. 3 seed heading into the MW Tournament. The 22 wins continues a streak of three-consecutive seasons of at least 20 wins, while the 13 conference wins are tied for the most in program history, also done each of the last two seasons. The Cowgirls played in their first ever Mountain West championship game, falling to Boise State. Following the regular season, senior Bailee Cotton was named the league’s Defensive Player of the Year, and was added to the all-defensive and all-conference teams. Senior Marta Gomez was also named all-conference, while freshman Karla Erjavec was named to the all-freshman team.

This year’s WNIT appearance by the Cowgirls will mark the ninth postseason tournament berth in Legerski’s 16 seasons at Wyoming. UW will be playing in the WNIT for the eighth time during Legerski’s tenure. Last season, the Cowgirls defeated New Mexico State, 67-59, before dropping a 74-64 contest against UC Davis. Prior to that, the team advanced to the Second Round in 2006, won the 2007 WNIT title, moved in to the Third Round in 2010 and 2011, played in the First Round play in 2013 and competed in the Second Round in 2017. Wyoming also earned the schools’ first-ever bid to the NCAA Women’s Tournament in 2008.

Tickets will go on sale at the Wyoming Athletic Ticket Office starting at 10:00 a.m. Tuesday morning. Tickets are priced at $14/adult & $10/youth and fans can save $2 per-ticket by ordering online at www.GoWyo.com/tickets ($12/adult & $8/youth). Limited courtside seats are also available for $25. Tickets can be purchased ONLINE, over the phone at 307-766-7220 or in person at the Wyoming Athletic Ticket Office.

Student tickets will also be available for $5/ticket. Students would need to show their WYO Wild Bunch App or a valid student ID to purchase. Students can purchase these tickets in person at the Wyoming Athletic Ticket Office.

Fans who have a Cowgirl Basketball season parking pass may use that pass for parking at the game and $5 event parking will be available at the Stadium Lot of War Memorial.

The WNIT committee will choose 64 teams for its Postseason WNIT. The field will consist of 32 automatic berths – one from each conference – and 32 at-large teams. The intent of the WNIT Selection Committee is to select the 32 best available at-large teams in the nation, regardless of conference or geographical location. First round games are played Wednesday through Friday, March 20-22.