Custer State Park bighorn population back from the brink 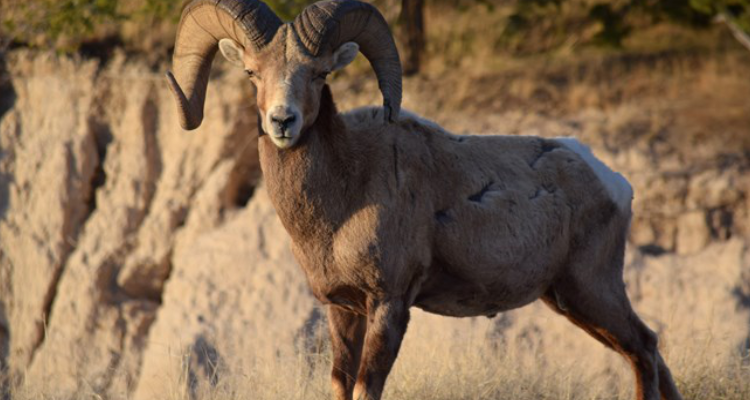 Custer State Park bighorn population back from the brink

In 2004 the herd was 200-plus animals strong when members of it contracted mycoplasma ovipneumoiae, a pneumonia-causing bacteria that killed 70-80% of the animals. Since that time, the adults in the herd obtained an immunity to the bacteria; however, the lambs suffered — most died from the disease within months, and on a good year, one would survive. Some wildlife managers even began discussions about destroying the remaining 20-25 animals and start over with disease-free sheep.

Then, three years ago, biologists discovered that only three of the bighorns shed the pathogens responsible for the die-off. Those were removed from the herd and the population rebound began. The first lambing year, eight of the nine born in the park survived. The next year, four of the seven were recruited into the population. The other three lambs were killed by mountain lions.

To date, no additional sheep have died from pneumonia in the park, said Chad Lehman, a biologist for the South Dakota Game, Fish, and Parks.

Thus began a study comparing the adult and lamb survival of the Custer State Park herd with the Rapid City herd that also contracted the bacteria several years after the Custer herd.

The Rapid City animals struggle to recruit lambs into the population. Farther south, in the park, survival have returned to historic numbers, upwards of 70% at times, compared to 20% or less when the herd was infected.

Over the past two years, wildlife managers have captured, tested, and fitted with radio collars, sheep in the Rapid City herd. Upon receipt of the test results, any animals that were positive for the bacteria, were recaptured and removed, Lehman said.

While officials thought they solved the pneumonia problem, they discovered a second strain of the bacteria in the Rapid City herd.

“There are different DNA forms of mycoplasma ovipneumoiae, so those strains can vary from herd to herd,” Lehman told the Black Hills Pioneer. “If you have one strain in a group and another strain comes in, the herd isn’t immune to it, and it can kill off sheep.”

“What that means is that mycoplasma ovipneumoiae is still in the herd there,” Lehman said.

So the department essentially has to start over with the testing. This is anticipated to be conducted in February.

“If there is one animal carrying (the bacteria), that’s a problem because it’s still being carried by the herd. In other words, all animals have to test negative before (the herd is) clean,” Lehman said.

Despite the setback in the Rapid City herd, Lehman said the eradication of the disease in Custer State Park is a tremendous success story.

“It’s a pretty remarkable accomplishment, because no one has been able to go into a wild setting and completely remove all the shedders. It’s really difficult,” Lehman said. “Most populations don’t have the access to sheep that we have.”

Mycoplasma ovipneumoiae has been the bane of bighorn sheep herds throughout the West. Exactly how the local herds contracted the disease is unknown, Lehman said.

State policy is to destroy any wild sheep that come into contact with domestic sheep or goats.

This was exactly what happened when the lone adult ram in the Deadwood herd ventured north from the release site to the St. Onge area.

In February 2015, 26 bighorns from Canada were released into the Grizzly Gulch Fire burn area. Initially the herd thrived with 13 lambs born that first year. That spring, the 2-year-old ram left the herd, a common trait among male bighorns, and came into contact with the domestic sheep. The ram turned back toward Deadwood and was shot by GF&P personnel before, they think, it came back into contact with the wild herd. But in 2016, sheep found dead from a variety of causes — from vehicle accidents to falling off cliffs surrounding Deadwood — were tested and results showed they too were positive for mycoplasma ovipneumoiae. There are now around 20 animals remaining.

Successes by removing shedders in other herds throughout the country are seeing promise.

In the Hells Canyon, Idaho, area, biologists have begun an aggressive capture and testing program, Lehman said. In the steep and rugged country, Idaho biologists have for the past six years captured as many sheep as possible.

“They are not getting everyone collared, but they are getting close to 70%-plus collared,” Lehman said. “They are still testing and removing every year.”

He said what his counterparts have discovered is that by such extensive testing and removal, populations are on the rise.

“They think they’ve captured all the shedders and have really good lamb recruitment,” Lehman said. “This can be done in remote locations. It’s just going to take a significant investment by the agency to do it.”

Lehman said the GF&P has, “shown that you can successfully remove the shedders and then rehabilitate the population.”

Sheep that test free of diseases could be introduced into the park and the Rapid City herds to augment the populations.

“It is a success story what the agency has done here,” Lehman said. “We’ve brought back a population to where we can now have a season again. That’s pretty remarkable.”

At the Jan. 16-17 GF&P Commission meeting, commissioners proposed the issuance of a single bighorn sheep license for Custer State Park — the first one since the outbreak 16 years ago.

Lehman said that once the department has removed the pathogen-shedding sheep from the Rapid City herd, the Deadwood sheep would be tested, which should go quickly given the size of the population.