Deadwood’s Genealogical Gems Soon To Be Available in Digital Database 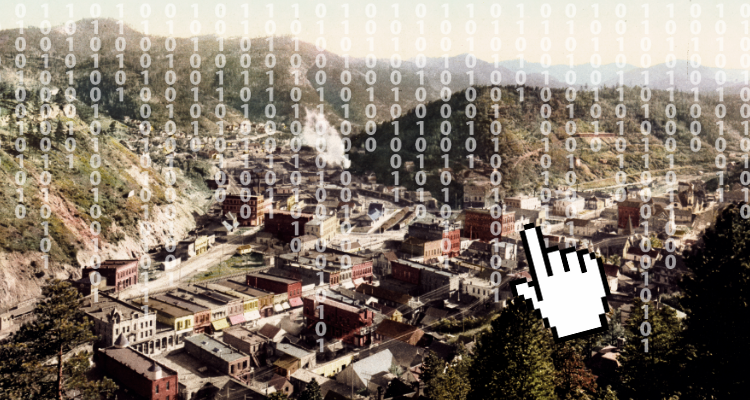 Deadwood’s Genealogical Gems Soon To Be Available in Digital Database

DEADWOOD, SD.  | By JACI CONRAD PEARSON, BH Pioneer (AP) — Soon, people from around the world will be able to access some of Deadwood’s most telling genealogical gems.

The city commission recently granted permission to allow the city archives to enter into contract with Ferber Engineering Smart Software Solutions, Inc., to develop an online search engine on the city of Deadwood’s website in the amount of $12,800 for phase one of the project, to be paid from the city archives budget.

Historic Preservation Officer Kevin Kuchenbecker said city officials hope to have the database fully operational and available to the public in the next six to nine months, the Black Hills Pioneer reported.

“The city of Deadwood’s preservation office and city archives, for more than a decade, have been indexing and digitizing the ledgers that we have in our collection, which date from the 1870s to the 1970s,” Kuchenbecker said. “From that, we’ve developed a database of over 100,000 surnames. However, at this time, they are not available to the general public. This first phase of the project will allow our researchers, or anyone interested in genealogic or Deadwood to search surnames, which will expedite staff’s time in pulling that information and making it available. In the future, we will hopefully not only be able to only do online search for surnames but also be able pull the document itself at any computer, tablet, or phone and down load it, but at this point, we will make the 23 tables combined into one searchable database online.”

The search engine will consist of 23 tables that originated from the city’s collection of Lawrence County ledgers.

“In the early 1990s, the Deadwood Historic Preservation Commission received 254 Lawrence County ledgers dating from the 1870s to the 1970s. In the 2000s, city archival staff hired an independent contractor (Donald Toms) to transcribe the contents of these ledgers and enter them into a Microsoft Access database,” Kuchenbecker said. “To date, there are 23 Microsoft Access tables that contain approximately 100,000 surnames. The city archives would like to make these records available to the public.”

City officials involved in the development of the database envision the ability for users to go to a webpage, search by name, and get a list of all the places that name shows up in the ledger database. The primary seekers of this data tend to be genealogists and historians performing historical research. Currently, the city receives several requests for this information and must manually search them out.

The database will provide a place that users can get a summary list of the documents available, thereby saving a significant amount of staff time.

Initially, the list of ledgers the name appears in will be emailed to city staff who will then pull the information. At some point down the road and depending on cost, the historic preservation office would also like to build capability into the system so the user can look at the list, pay, and download documents of interest in digital form.

“It just adds to the ability for individuals to access Deadwood’s history from around the world on the Internet. Through our online GIS, individuals are currently able to pull up Sanborn Fire Insurance maps and research those specific eight from 1885-1948. This is just a continuation of digitization and making that available for the public.”

The Sanborn Fire Insurance maps can be accessed by going to GIS.cityofdeadwood.com/portal/home.
___
Information from: Black Hills Pioneer, http://www.bhpioneer.com