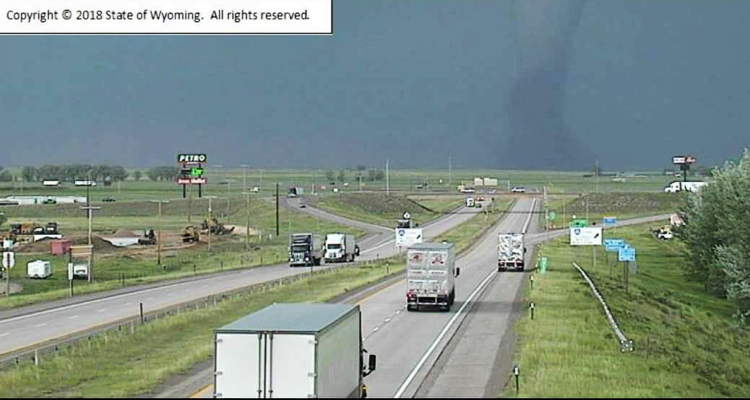 Laramie, WY.   –   The National Weather Service issued a tornado warning for Laramie and Albany County last night with a large tornado reported on the ground at around 6:15 p.m. The tornado was first reported to be on the ground at 5:43 p.m., south of Bosler, or 10 miles north of Laramie. The tornado was moving southeast which is not very common as tornadoes are more likely to move north-northeast. It was a slow moving storm, with the twister said to have been on the ground for close to one hour.

There are conflicting reports on some possible damage but no injuries have been reported with this storm at this time.