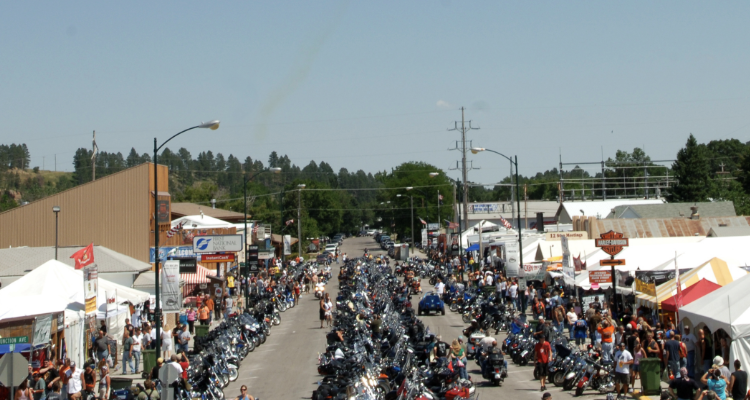 At 12:17 p.m. Sunday, Crook City Road, one mile south of Whitewood: A 64-year-old male was driving a motorcycle eastbound on Crook City Road when he failed to negotiate a turn. The motorcycle went off the roadway and the driver was thrown from the motorcycle. He was suffered serious non-life threatening injuries and was wearing a helmet.

At 2:05 p.m. Sunday, U.S. Highway 85, mile marker 5, seven miles south of Cheyenne Crossing: A motorcycle was northbound on U.S. Highway 85 when the female driver, 50, failed to negotiate a curve. The motorcycle went off the roadway and into the ditch. The driver suffered minor injuries. She was wearing a helmet.

At 2:37 p.m. Sunday, U.S. Highway 16, Avenue of Chiefs, four miles north of Custer: A 2004 Jeep Liberty failed to slow down for a 2005 Ford F-250 pickup that was stopped at the intersection, rear-ending the pickup. The 22-year-old driver of the Jeep received minor injuries; there were no injuries to the other driver, age 49. Both drivers were females and both were wearing seatbelts.

At 2:40 p.m. Sunday, North Rochford Road, 12 miles south of Lead-Deadwood: A motorcycle was southbound on Rochford Road when the motorcycle sideswiped the guardrail, causing the driver to lose control. The motorcycle went into the southwest ditch where both occupants were thrown from the motorcycle. Both the male driver, 57, and the female passenger, 56, sustained serious non-life threatening injuries. Neither person was wearing a helmet.

At 2:49 p.m. Sunday, U.S. Highway 16, mile marker 31, four miles north of Custer: A motorcycle was westbound on U.S. Highway 16 when the male driver came upon another crash scene. When the driver applied the front brakes, the motorcycle’s front tire locked up, causing the driver to lose control. The driver, 66, was thrown from the motorcycle when it tipped over. He suffered serious non-life threatening injuries and was wearing a helmet.