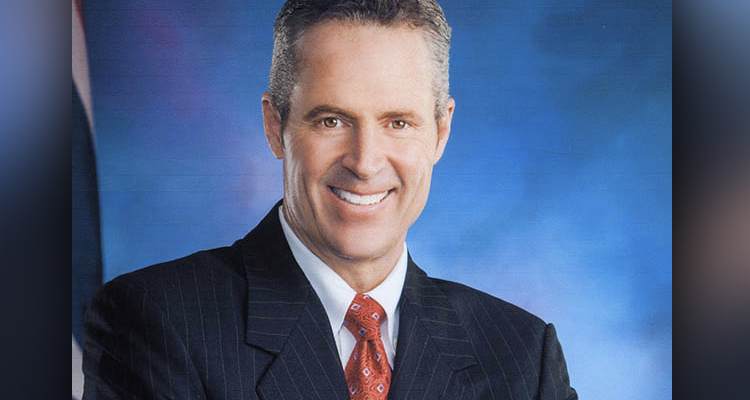 Cheyenne, WY.   –  Wyoming’s secretary of state, Ed Murray, resigned on Friday following accusations of sexual misconduct by two women dating back decades. The first accusation came in December, when Tatiana Maxwell, alleged that she was sexually assaulted by Murray 35 years ago, while the two worked at Cheyenne law firm. The second accusation followed in January, when Theresa Sullivan Twiford, the daughter of former Wyoming Governor, Mike Sullivan, came forward accusing Murray of forcibly kissing her when she was 18 years old. Following the accusations, Murray stated that he would no longer consider a run for Governor this year.

Below you can read Murray’s statement regarding his resignation as Secretary of State.

“After deep and profound contemplation I am announcing my resignation as Secretary of State, effective today. I step aside with peace and serenity in order that I may fully focus on what is most important in my life: my marriage, my family and my health.
The truth is no one asked me to resign.
The truth is that I loved public service.
The truth is that my family and I have been devastated as we encountered two allegations in December and January.
I’ve come to the realization that I am unable to focus entirely on serving the good people of Wyoming while
simultaneously needing to process all the fallout from these allegations for which I have issued previous
statements. At all times during my tenure as Secretary of State I’ve upheld the trust and fiduciary duties of my Office to the highest of any and all standards.

The Office of the Secretary of State is now in superb shape with an incredible team of dedicated professionals and outstanding public servants. We’re now “open for business 24/7/365” because of our electronic filing services, and we’ve continued the fight against needless increases in filing fees. Ease of filing and low costs have led to the record growth of business filings, and saved Wyoming taxpayers and small businesses tens of millions of dollars. As a result, we now have more business filings than at any other time in Wyoming history.  I am immensely proud of our Wyoming Youth Voter Initiative which is committed to increasing the voter turnout of our youth. We also took a strong leadership position in protecting Wyoming voters from a broad and intrusive request for their personal information by the now defunct Federal Voter Fraud Commission. We’re tough on fraud and took a national leadership role in addressing the Panama Papers leaks swiftly and decisively. On the elections side, we worked diligently with the amazing County Clerks of Wyoming to ensure that elections were accurate and conducted with the utmost integrity.

Our Secretary of State team has accomplished more in three years than many ever thought possible. Our remarkable Deputy and staff are fully prepared to carry out the work of the Office during this transition.  Finally, I truly am enormously thankful to the people of Wyoming for the honor and privilege of serving this Great State during the past three years. I am eternally grateful to my wife and family and many friends and supporters through this journey – with its highest of highs and its lowest of lows. I want to thank the people of Wyoming who have offered me tremendous support during my tenure. I will never forget your lasting kindness.”