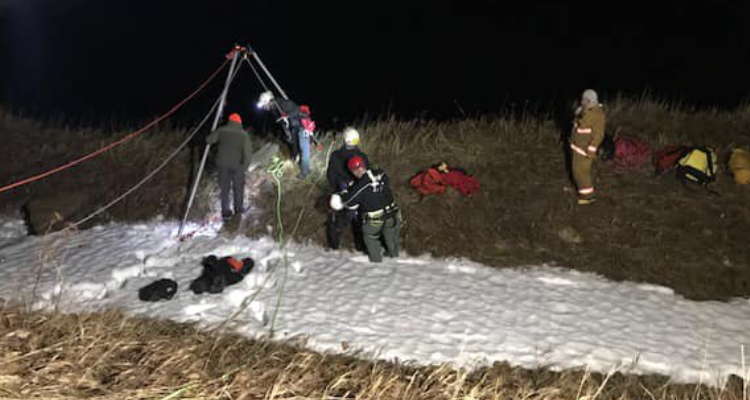 The Lead Volunteer Fire Department says the boys walked into a steep area of the Open Cut mine near Lead on Saturday night and were unable to get out. The Open Cut is approximately 1,200 feet (365.76 meters) deep and half a mile (0.8 kilometers) wide. It’s surrounded by a tall fence marked with “no trespassing” signs.

More than 50 emergency officials responded to the scene. Rescuers were hindered by wet weather, the rough terrain and darkness, but they were able to reach the boys about 3:30 a.m. Sunday and reunite them with their parents about half an hour later.

The boys were unharmed. One firefighter suffered an undisclosed minor injury.