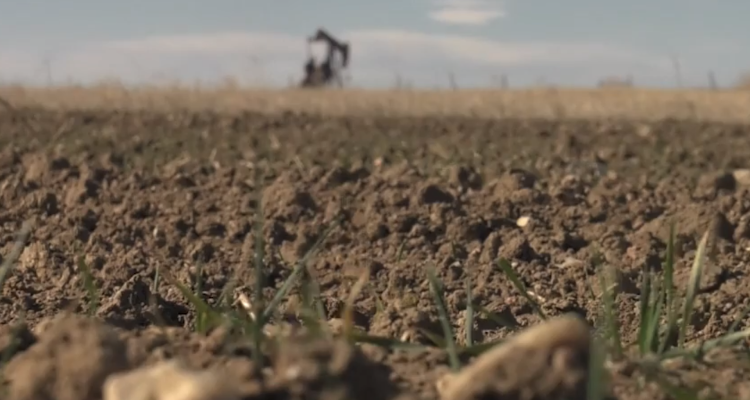 CHEYENNE, WY. | KRISTINE GALLOWAY, Wyoming Tribune Eagle (AP) — Oilfield byproduct water is now a resource instead of a waste, and that new resource may improve the livelihoods of farmers and ranchers.

He said byproduct, or “produced,” water contains some oil, as well as sand and other elements that make it unsuitable for use.

“I think the (statistic) is: 71 billion gallons of water was essentially thrown away (in 2017) in the state of Wyoming,” Holder said.

That water usually is injected into an underground injection well to dispose of it, he said.

“We don’t really know what we’re putting back into the ground, and we are not 100 percent sure we know exactly where that water is going,” Holder told the Wyoming Tribune Eagle. “It’s already becoming difficult for the regulators to see their way clear to keep doing this.”

Holder explained that, especially with fracking, 35 times the amount of water comes out of the ground as crude oil.

Nash’s idea, which they now are implementing, is to use the same money that oil companies would spend disposing of the water to clean it instead.

Holder likened the process to recycling trash instead of just taking it to the dump.

“When you put your trash out, and the garbage truck comes and takes it away, in your mind, you’ve disposed of your trash,” he said. “When the oil company trucks their byproduct water away and puts it in an injection well, they have disposed of it.”

But in both cases, the waste has only been moved.

One of the most important pieces of this effort is that not only is the water clean, but it’s cleaned to match exactly what the surrounding soil needs. The water used on Goertz’s land Monday was customized for his soil.

Holder explained that the farm or ranch soil is tested to see what elements it may need, and then the technology cleans out any elements that are not needed and leaves elements, such as nitrogen, that the soil does need.

Nash said they’re cleaning the water through a process called thermal heat, though reverse osmosis would also have been an option.

He said the cleaning process will help farmers and ranchers by providing enough water to keep their crops growing.

Nash added that Goertz collected about 600 bales of hay this year to feed his cattle over the winter.

Goertz said, “I think it’s high time we did something with this wastewater other than just putting it down the disposal well, if we can do it. It’s going to take some energy to process this stuff. It doesn’t come free.”

Jim Pike, district conservationist for Laramie County for the National Resources Conservation Service, said much of Laramie County gets water from the Ogallala Aquifer, which has gone dry in some areas of Texas or Oklahoma.

“If we can reuse the water (from fracking), it will reduce the pressure from all of that groundwater,” he said.

Holder said the process also could provide water to grow grass in areas that previously were just dirt, thereby stopping soil erosion in the area and providing more oxygen.

U.S. Department of Energy Secretary Rick Perry announced the Water Security Grand Challenge on Thursday. One of the challenges specifically asks the department’s national labs to transform energy sector produced water from a waste into a resource.