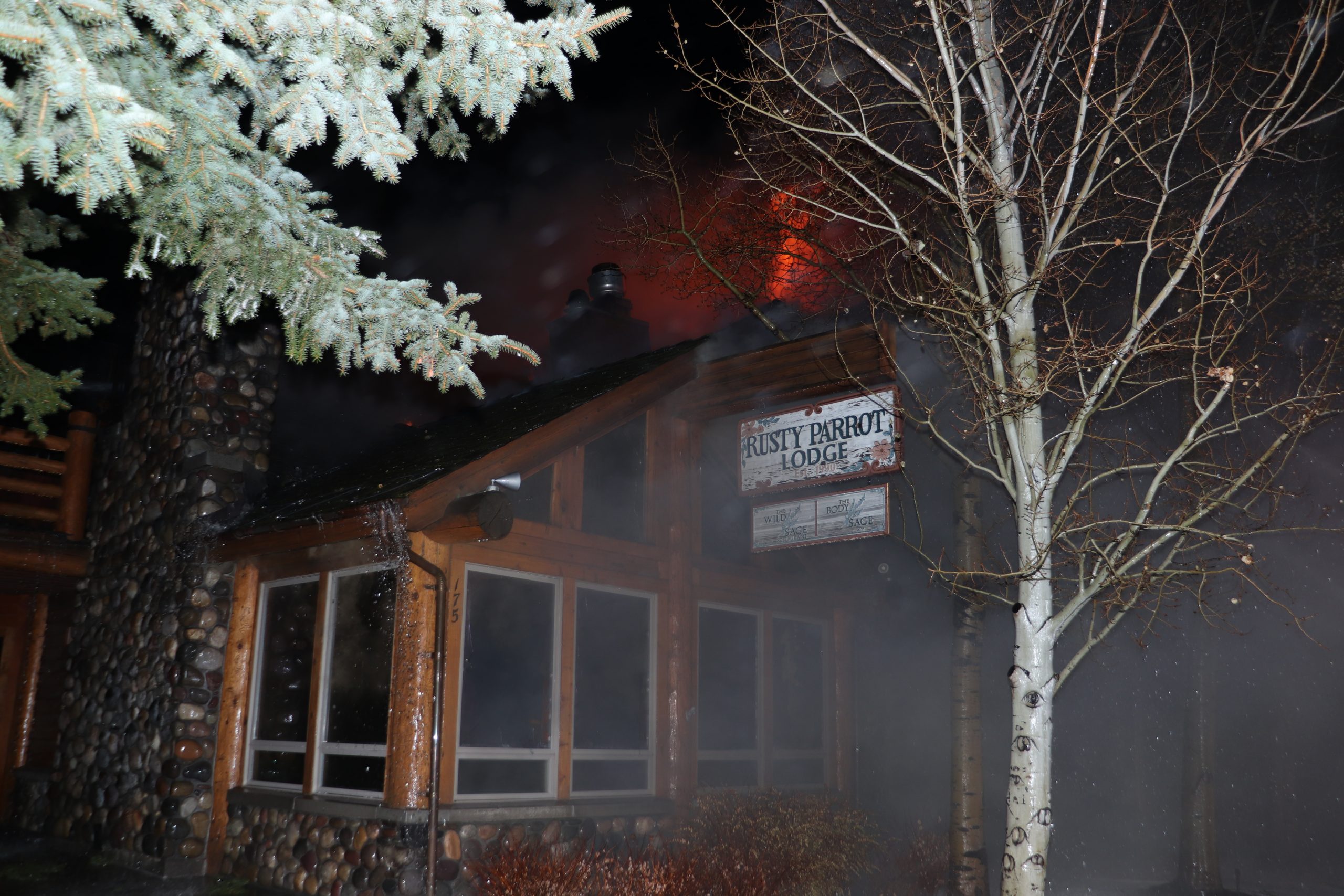 JACKSON, Wyo. (AP) — An overnight fire at a lodge in the Wyoming resort town of Jackson caused extensive damage, but authorities say the few guests and the staff escaped unharmed.

Firefighters received a call at 11:30 p.m. Monday of a fire at the Rusty Parrot Lodge and they battled it into the early morning hours Tuesday.

The Buckrail reports that five guests who had checked in for the night were warned of the fire by alarms installed in their rooms and safely evacuated.

Lodge owner Brandon Harrison says the fire may have started on the outside hot tub deck.