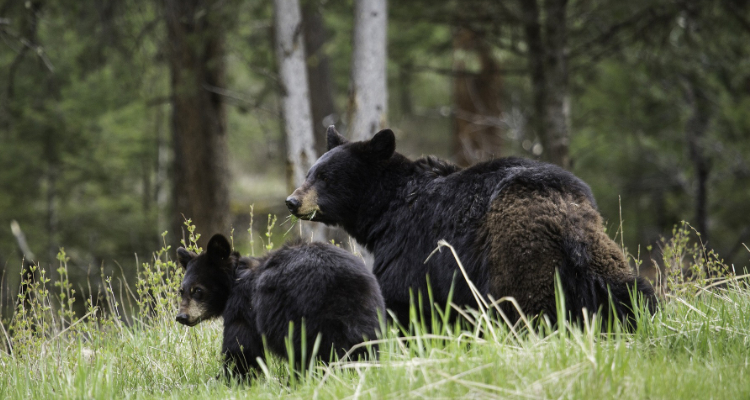 MOOSE, WY. – Two visitors to Grand Teton National Park were recently cited for illegally feeding wildlife within the park. On Thursday, October 4, visitors in two separate vehicles along the Signal Mountain Road were observed feeding fruit to three black bears. The bears, a sow and two cubs of the year, each received several food rewards during the incident and made contact with several vehicles along the road. The maximum penalty for feeding park wildlife is a $5,000 fine and up to six months in jail.

Grand Teton National Park Deputy Superintendent Gopaul Noojibail said, “Feeding wildlife in a national park is a serious offense and presents severe risks to the animal and to humans. Human carelessness doesn’t just endanger humans, it can result in an animal’s death.”

Feeding wildlife creates a safety risk for humans as animals associate people with food; bears can also become aggressive in seeking additional food, especially when preparing to den for the winter. Animals that are fed by humans also have an increased likelihood of being drawn to roadways and killed by vehicles.

Since June, these bears have been frequenting several developed areas in the Signal Mountain vicinity in very close proximity to people. Park staff and volunteers spent hundreds of hours trying to keep park visitors and these bears at safe distances from each other, near a busy park campground and lodging area. The female had three cubs born this year, but by late summer the bear was seen with only two cubs. The fate of the third cub is unknown.

In early August, two people sitting on the beach near Signal Mountain Boat Launch were startled by the bears and left a pack unattended. The sow found and ate an apple from the pack.

Due to the bears’ comfort with humans in developed areas, and, most importantly, behaviors that associated humans with food, posing an unacceptable risk to public safety, the three bears were captured and removed from the park. It was a difficult decision for park managers, who are responsible for the welfare of both wildlife and people in the park. The loss of these animals removes the opportunity for this bear family to contribute to a healthy, wild population and for visitors to enjoy them in their natural setting.

The adult female, approximately 4-5 years of age, was not a good candidate for an educational or zoo facility and was euthanized. The opportunity to place wild bears in an accredited facility is not always an option. The cubs are being relocated to Oswald Bear Ranch in Newberry, Michigan. The facility provides educational opportunities about bears and information about how to protect their natural environment. Park staff followed National Park Service policies as well as guidance from agency veterinarian to conduct all actions in a humane manner.

Moves to Wyoming pick up during COVID-19 pandemic