Groups prepare to sue over grazing in Wyoming grizzly range 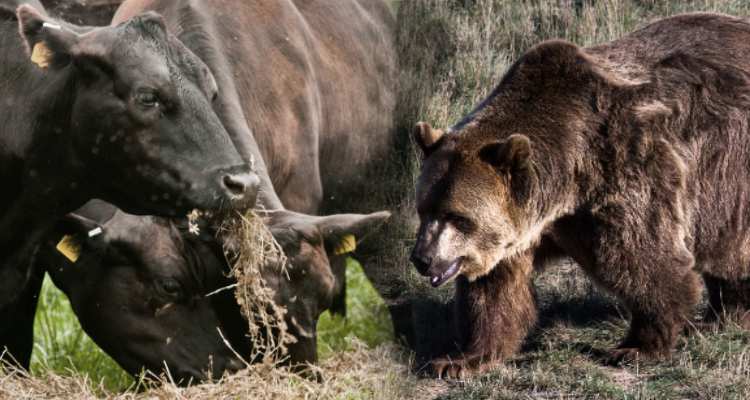 Groups prepare to sue over grazing in Wyoming grizzly range

Western Watersheds Project, Alliance for the Wild Rockies and Yellowstone to Uintas Connection allege a 2019 decision to allow grazing to continue in a large area of Bridger-Teton National Forest violates the Endangered Species Act.

The groups filed notice Tuesday they intend to sue the U.S. Forest Service within 60 days.

Biologists have found many as 72 grizzly bears could be killed for harassing or killing livestock over a decade without harming the greater Yellowstone region’s grizzly population.