How Mister Rogers’ faith shaped his idea of children’s television 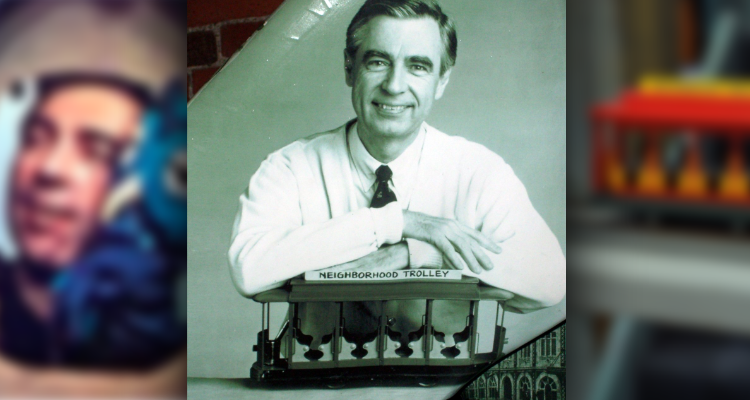 How Mister Rogers’ faith shaped his idea of children’s television

The beloved children’s television icon Fred Rogers – who is played by actor Tom Hanks in the upcoming film “A Beautiful Day in the Neighborhood” – entered the world of children’s programming during an era of massive political and cultural upheaval.

In the 1960s, Americans were witnessing the horrors of war from within their homes for the first time, on television screens. Civil rights activists such as Martin Luther King Jr. were fighting for racial and economic justice, and these protests were often violently suppressed. The feminist movement was also seeking equal rights and freedom for women.

As a scholar of American religion, politics and popular culture I’ve examined how the religious and spiritual backgrounds of cultural and political icons shaped their contributions to American television programming, especially in tumultuous times.

Rogers, who was an ordained minister, taught everyone, in particular children, to follow a greater calling – that of serving their fellow humans.

In the late 1960s, American prime time television was going through a change. Producers were trying to use the medium to address social problems.

In the 1970s, Norman Lear, often referred to as the father of modern-day sitcoms, brought to television the comedy series “All in the Family,” which explored issues of racism, homosexuality, women’s liberation and the Vietnam War, among other concerns of the time. The protagonist Archie Bunker was modeled after Lear’s own father: He was a working-class, seemingly uneducated and outspoken but “lovable” bigot.

The writers used his character to address problems in American society and their insidious effects. Another sitcom that foregrounded social issues was “The Mary Tyler Moore Show.”

The show’s writers brought awareness to women’s rights through the program’s plotlines. Each week, millions looked on as Mary attempted to negotiate the various challenges of her time, including admitting to using “the pill” in front of a live studio audience.

Rogers would bring a similar approach to children’s programming through his iconic show, “Mister Rogers’ Neighborhood.” Much like his contemporaries, Rogers viewed television not as a passive instrument of entertainment but as an interactive medium that could shape individuals in real time.

In many respects, I would argue that Rogers’ iconic invitation, “Won’t you be my neighbor?” reflected the religious sensibilities of Jesus’ Sermon on the Mount, which encouraged individuals to turn the other cheek, to assist the less fortunate and to love their neighbors as they would love themselves.

Rogers attuned children and their developmental journeys to the most significant attributes of what it means to be a human: love, compassion and kindness for others. In many ways, this is also what he meant by being a good neighbor.

“I want to be a vehicle for God, to spread his message of love and peace,” Rogers said in an interview with the “Vegetarian Times,” a Southern California periodical first published in 1974. Rogers was a vegetarian too.

As for the children, as he said in another interview, they were his “congregation.”

Rogers’ biographer, Maxwell King, attributes these qualities to his mother, Nancy Rogers’ deep influence. Nancy engaged Fred throughout his childhood in meaningful conversations and treated him as an adult, according to King’s 2008 book, “The Good Neighbor: The Life and Work of Fred Rogers.”

For his graduate education, Rogers enrolled in Pittsburgh Theological Seminary. At the same time, he continued to be interested in children’s television programming. While splitting time with his coursework, Rogers started working as a program manager at the local Pittsburgh public broadcasting station WQED in 1953.

Meanwhile, Rogers was excelling at his ministerial work. He even won a prize for his preaching ability and would often give a sermon or two at Pittsburgh’s Sixth Presbyterian Church, a congregation known for its sexual and racial inclusivity.

Rogers’ desire to take on challenging subjects would later reveal itself on Mister Rogers’ Neighborhood, which debuted on Feb. 19, 1968.

In episode after episode, over the TV show’s extensive run, Rogers attempted to explain challenging societal issues such as divorce and instances of political or social violence for children.

One episode of Mister Rogers’ Neighborhood in May of 1969 demonstrated to children how issues of race could be dealt with.

Demonstrating the power of empathy and human compassion, Rogers invited an African American police officer played by actor François Clemmons onto the set as “Officer Clemmons.” At a time when black people could not swim alongside whites in many public places, the American audiences witnessed Rogers and Officer Clemmons wash their feet in a small plastic swimming pool. It was also a reminder of the Christian tradition of foot washing.

In another such example, Rogers did a series of five episodes, first aired on Nov. 7, 1983, in which he addressed the difficult subject of conflict between two neighboring lands. The series warned its audiences of the dangers of war in general and the stockpiling of bombs in particular.

Rogers added his own theological touch to the episode’s conclusion by flashing the text of the Old Testament verse Isiah 2:4 on the television screen, which said,

“And they shall beat their swords into plowshares,
And their spears into pruning forks;
Nation shall not lift up sword against nation,
Neither shall they learn war any more.”

In these moments, Rogers’ work not only challenged many societal assumptions but exemplified his understanding of religion as a tool for service.

In the end, Rogers’ mission was as simple as it was timeless: Love thy neighbor.