Interesting Facts About Rain That You Might Not Have Known 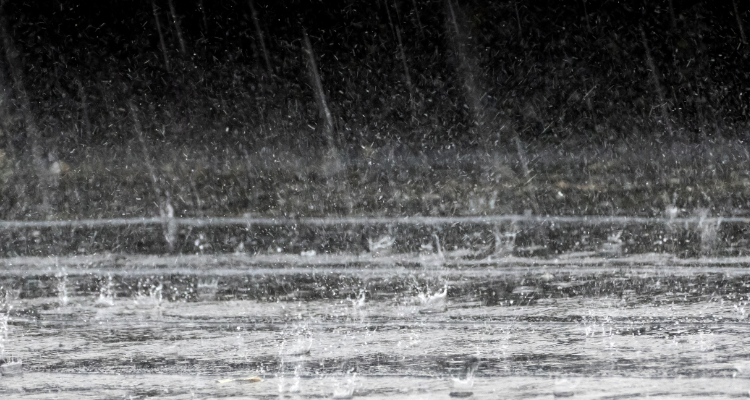 Interesting Facts About Rain That You Might Not Have Known

The following are some interesting facts about rain, that you might not have known:

Running Should Help You to Get Less Wet in the Rain

Have you ever been caught in a rainstorm and wondered if running as fast as you could to get out of the rain, would make you less wet? Or, would running into the rainfall actually make you more wet than walking?

Youtube channel minutephysics suggests that the faster you run to get out of the rain, the drier you’ll be, despite the additional raindrops you may encounter. Thankfully, there is also scientific research to back up this claim.  Professor Bocci who conducted the research in the Journal of European Physics, came to the conclusion that “in general, the best thing is to run, as fast as you can – not always, but in general.”

There is, however, a variety of factors in play, such as your height-to-breadth ratio, the direction of the wind and the size of the raindrops.

How Long Does it Take a Raindrop to Reach the Ground?

It would be pretty difficult to determine an exact figure. It depends on factors such as the size of the raindrop, cloud height, and atmospheric friction.

Water, for the most part, tumbles to earth at a low speed; this is on account of raindrops having special shapes that build the impact of atmospheric friction. If this atmospheric friction doesn’t act against the downpour, each drop would fall at incredible speeds.

In general, small raindrops can take up to seven minutes to reach the ground, while larger raindrops can fall at speeds of 20-plus miles per hour.

Assuming an average cloud height of 2,500 feet, it would take around two minutes for a raindrop to hit the ground.

How Much Does Rain Weigh?

Every minute that goes by, 1 billion tons of rain falls upon the earth. The weight of rain is actually quite substantial, cumulatively speaking. According to the USGS, a single inch of rain that falls on a single acre of land would be equivalent to somewhere around 27,000 gallons of water, and weigh roughly 226,000 pounds.

We think that we know what a raindrop looks like. Raindrops are usually represented in the shape of a teardrop, but is not an accurate shape.

Clouds Can Help Predict the Rain

Generally, if you see a cumulonimbus cloud ( a tall, puffy cloud column that sometimes looks flat at the top), or a nimbostratus cloud (a gray, thick, uniform, and flat low-level cloud), you can be fairly certain that rain is in the forecast within the next 24 hours. A cumulonimbus cloud is almost certain to produce thunderstorms, when compared to a nimbostratus cloud which usually only produces rain.

There’s a Reason that You Love the Smell of Rain

You probably love the smell in the air after or during a rainstorm, most people do. There are a couple of different causes associated with the ‘smell of rain.’

One of the scents comes from oils produced by plants. Some plants produce oil secretions during dry spells, which are then released into the air following rain.

The second smell occurs during a reaction when rain hits ground. A chemical called geosmin is produced by soil-dwelling bacteria. The rain traps and releases air pockets, which disperses geosmin into the air.

Rain in the desert, or other hot, dry places, can sometimes evaporate well-before it hits the ground. Environmentalist Edward Abbey describes the phenomenon as ‘phantom rain’. “You see curtains of rain dangling in the sky, while the living things wither below for want of water. Torture by tantalising, hope without fulfillment. Then the clouds dissipate into nothingness.”

The Least & Most Rainy Places

At first thought, you’d probably think that the desert areas would be the driest areas on the planet, but, it is actually in a place covered entirely in ice! Antarctica is the driest location on earth, only receiving around 6 and a half inches of rain or snowfall a year.

So what is the wettest? Mawsynram, India. Mawsynram, located in the Meghalaya state in India, is the wettest place in the world. Receiving an  average of 467 inches of rain each year. The reason is likely due to the himalayan mountains blocking clouds into the region.

Not all Raindrops in the Universe are Made of Water

Rainfall is not unique to planet Earth. Other planets do have rain, however, it can it can get a bit interesting in terms of material. On Venus, trace amounts of water in the upper atmosphere combines with sulfur dioxide to form clouds of sulfuric acid, which causes acid rainstorms. The acid rain evaporates long before it reaches the planet’s surface.

The gas giant, Saturn, rains diamonds.  Its atmosphere shares ideal conditions in terms of both temperature and pressure. Lightning storms turn methane into carbon soot, which hardens into chunks of graphite and then into diamond as it falls.

Scientists have also found a planet very close to its star, located about 5000 light years away from Earth, which produces liquid iron rain.