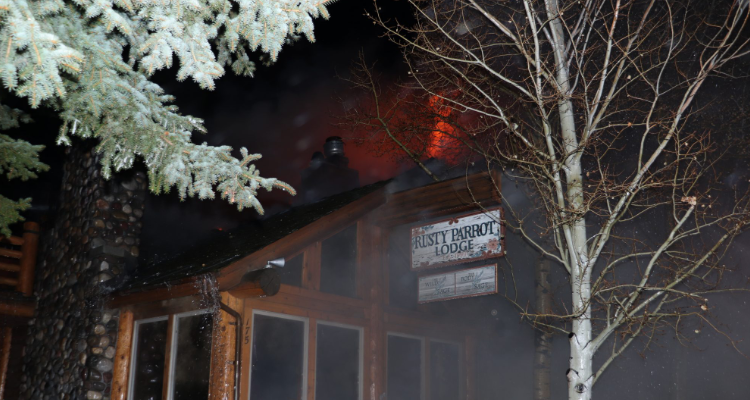 JACKSON, Wyo. (AP) — Investigators say a fire at a lodge in the Wyoming resort town of Jackson was caused when the residual heat from a gas fireplace ignited the protective covering of a nearby sofa bench.

Jackson Hole Fire Marshal Kathy Clay says Monday night’s fire at the Rusty Parrot Lodge started shortly after the fireplace on an outdoor deck was shut off. The protective covering ignited and quickly spread to the cushioned sofa.

The blaze then made its way to the building’s attic, where ample air and combustible materials allowed it to grow quickly and vent through the roof.

One firefighter suffered minor injuries and was treated and released from a hospital. The building has since been condemned because of the significant structural damage caused by the fire.