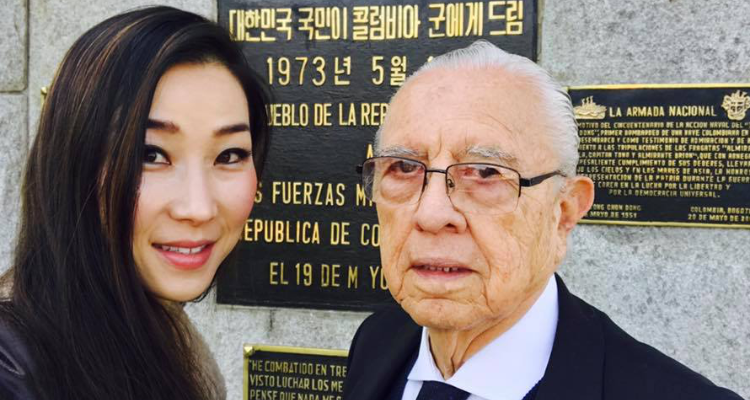 NATIONWIDE   –   Meet Hannah Kim, a 35 year-old Korean War Veteran’s advocate, who has been on an incredible journey over the past several years to raise awareness of the often forgotten Korean War, and its many veterans.

Hannah Kim is the daughter of South Korean immigrants, who’s initial interest was sparked during a 2007 visit to the Korean War Veterans Memorial in Washington as a 22-year-old graduate student. Hannah began her devoted activism the following year, in an effort to to honor and remember the thousands of veterans who served, or died serving in the Korean War, which took place 70 years ago.

Her goal was to get the names of nearly 37,000 Americans who died during the Korean War inscribed on a wall of remembrance at the Korean War Veterans Memorial for posterity.

Since that time, Kim has lobbied Congress to pass the Wall of Remembrance Act in 2016, and helped to get July 27, officially designated as National Korean War Veterans Armistice Day.

Kim also established the Remember727 organization in 2008, prior to her trips, which have taken her 132,100 miles across 6 continents in 30 countries to remember and honor Korean War veteran’s all across the world.

Hannah hopes her multi year, multi-state journey will serve to raise awareness of the war and to promote peace on the Korean Peninsula.

During her travels, Kim has met an estimated 1,200 Korean War veterans and visited 180 Korean War memorials in all 50 states and The online portal features photos from the memorials she has visited, and as many as 400 interviews with veterans.

Hannah hopes that those who died fighting for our freedoms will be remembered and honored all around the world. She also wishes to convey the gratitude of the Korean people, who remain thankful for the sacrifices of the veterans.

More information about Hannah and her journeys around the world visit her organization’s website, remember727.org or follow on Faccebook @Remember727.