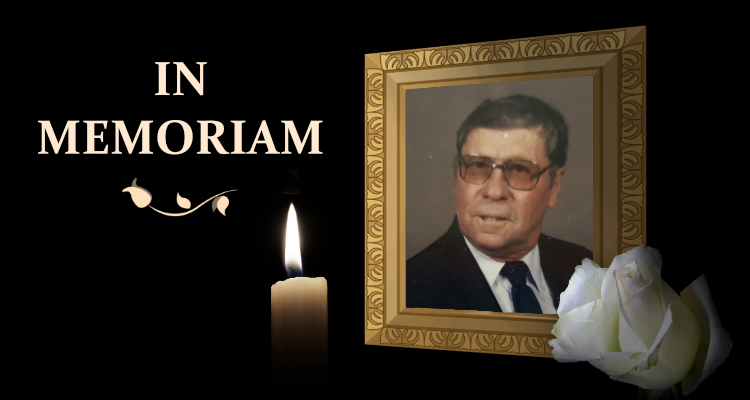 NEWCASTLE  –  Funeral services for Curt Wineteer will be held at 2:00 p.m., Saturday, April 13, 2019 at First Baptist Church, Newcastle, WY. Curtis H. “Curt” Wineteer passed away on April 9, 2019 at the Weston County Health Services, Newcastle, WY. He was born on January 7, 1927 to Howard and Ada Wineteer in McGrew, Nebraska. He was the first child of four siblings. During his childhood days the family moved to several locations in the Midwest. While living in Chadron, NE, he was drafted into the U. S. Army in June of 1945. Curt was stationed in Fort Lee, VA for the duration of his service time. After his discharge from the army, Curt met and fell in love with Leona “Onie” Jackson and they were married on July 2, 1949 in Chadron, NE. They spent 55 years together. Three sons were born Clifford (1952), Lance (1954), and Darrel (1956). Curt spent 37 years with his beloved company Johnston’s Fuel Liners until retirement in 1989. He was preceded in death by his parents; his brother, Robert; his wife, Leona; and his daughter-in-law, Terri Wineteer. Curt’s surviving family include sons, Clifford (Mindy); Lance (Jeanette); and Darrel (Mona); sisters, Xenile Nixon; Betty (Jack) Howell; sister-in-law, Leoda Ray; four grandchildren; eight great-grandchildren, numerous nieces, nephews, grandnieces and grandnephews. Memorials and condolences may be sent in Curt’s name in care of Meridian Mortuary 111 South Railroad Ave, Newcastle, WY 82701. Condolences may also be expressed at www.meridianmortuary.com