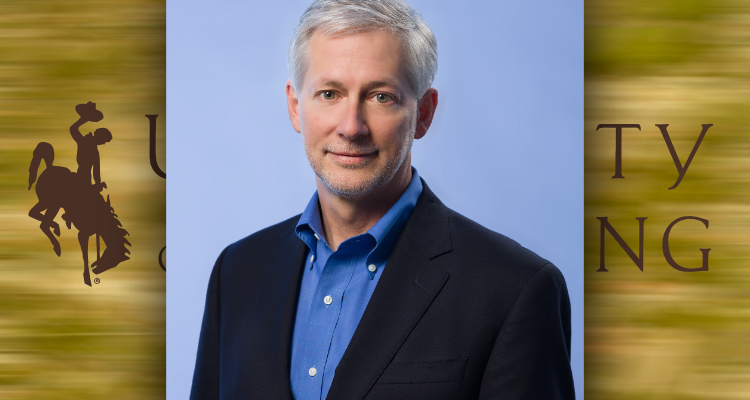 LARAMIE, Wyo.   –  New University of Wyoming President Ed Seidel has spent the first two weeks of his presidency connecting with UW students, constituents and citizens of Wyoming. It’s an agenda he plans to continue in the weeks to come.

Seidel, who became UW’s 28th president July 1, intends to spend much of the first 77 days of his presidency — leading up to his first “State of the University” address, expected to be delivered Sept. 17 — listening, learning and building connections. He will provide insights into these conversations in that first address to the campus and broader community.

“During my first week, I was able to have a conversation with Gov. Gordon, a Facebook Live event with the Branding Iron, time to talk with the football team and several calls with alumni and UW supporters, as well as multiple engagements with faculty and UW leadership,” Seidel says. “In the near term, I expect to spend time in and with each of the academic units on campus, as well as continue important external outreach on an almost daily basis. It will be through this type of connection with students, alumni, legislators, donors and numerous other leaders that I will gain valuable insights and knowledge not only about UW, but also the state of Wyoming.”

As part of establishing Seidel’s presence in Wyoming, social media platforms have been launched on Twitter and Instagram at @uwyoseidel.

“We’re excited to have President Seidel at the helm and delighted to see how he has jumped right in to engage with both the university community and the people of Wyoming,” Board of Trustees Chairman Jeff Marsh says. “He is committed to making meaningful connections all across the state, even as the university faces unprecedented challenges related to the COVID-19 pandemic and reductions in state revenues.”

In his early communications as president, Seidel has identified several themes he aims to embed across all UW programs. Those include being more digital, more entrepreneurial, more interdisciplinary and more inclusive.

His top priorities include building on the portfolio of excellence in education and scholarship already at UW, and deepening partnerships with communities, schools, community colleges and companies to enhance student-centered programs and educational pipelines that grow UW’s enrollment and strengthen the state’s workforce for the 21st century economy.

Seidel comes to UW after serving as the vice president for economic development and innovation for the University of Illinois System. In that role, he has built and supported programs that engage university, public and private partners — strengthening the links among higher education, research and business to stimulate economic development across that state.

His long record of leadership experience includes more than three years as director of the National Center for Supercomputing Applications at the University of Illinois at Urbana-Champaign, where he was among the original co-principal investigators for Blue Waters, a federally funded project that brought one of the world’s most powerful supercomputers to Urbana-Champaign.

Previously, he was the senior vice president for research and innovation for the Skolkovo Institute of Science and Technology in Moscow, Russia, in collaboration with the Massachusetts Institute of Technology. Before that, he directed the Office of Cyberinfrastructure and led the Directorate of Mathematical and Physical Sciences as National Science Foundation assistant director.

He also led the Center for Computation & Technology at Louisiana State University and directed the numerical relativity group at the Max Planck Institute for Gravitational Physics (Albert Einstein Institute) in Germany.

Seidel’s partner is Gabrielle Allen, most recently the associate dean for research in the College of Education, professor in the departments of Astronomy and Curriculum and Instruction, and research professor in the Department of Computer Science at the University of Illinois at Urbana-Champaign.

She will join the UW community as a professor in the Department of Mathematics and Statistics when she completes her work in Illinois.