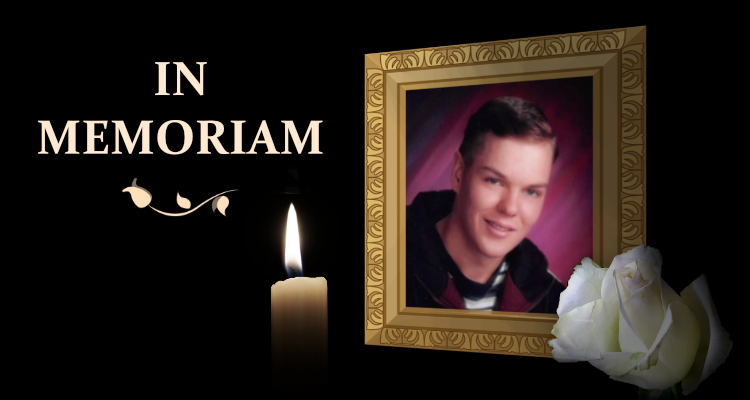 MOORCROFT  –    Memorial service for Brandon Buckmiller will be held at 1:00 p.m., Thursday, November 29, 2018 at Cornerstone Church in Moorcroft, WY. Brandon Jefferson Buckmiller (BJ) 41, of Rozet, WY went to be with the Lord on November 21, 2018. Brandon was born on April 7, 1977 to Kevin Buckmiller and Cathi (Hoff) Gorder in Newcastle, WY. Brandon attended school in Moorcroft, WY and graduated from there in 1996. He studied at the University of Wyoming and was the football manager during that time. He returned to the Gillette area and worked as a roustabout in the oilfield as well as a heavy equipment operator and truck driver at several coal mines. During this time he met Mandee Conzelman and they married in 2003. They had one son, Braxten Jett, who was born on one day before his dad’s birthday on April 6, 2004. Braxton was the light of Brandon’s life. Brandon loved the outdoors. He enjoyed golf but it didn’t bring out his best qualities. He was an avid hunter and fisherman. Hunting and fishing is what he enjoyed the most with his son. The love Brandon had for his family and friends brought out the best in him. Their love for him is what drove him to keep going. His love for Christ is what saved him. So many times we think God fails but the truth is God heals. God didn’t fail Brandon, He brought him to healing, He brought him home. Though we don’t feel like rejoicing and the loss will be felt for years to come, we will find peace in the knowing that he is healed and in the arms of his savior. Brandon is survived by his father, Kevin Buckmiller of Rapid City, SD; his mother, Cathi (Ed) Gorder of Rozet, WY; his son, Braxten Buckmiller of Rozet, WY; former-wife, Mandee Conzelman; step-daughter Staysha Wilson of Sturgis, SD; step-siblings, Tony (Sara) Barton; JD (Amanda) Barton both of Upton, WY; Rachel (Tigh)Anderberg; of Mobridge, SD; Marsha Del Monte, Westfield, MA and Joshua Coleman of Virginia; grandparents, Herbert and Irene Buckmiller of Moorcroft, WY; and Warren Mitchell of Sheridan, WY; as well as numerous uncles, aunts, cousins, nieces and nephews. He was preceded in death by his step-father, Doug Barton; grandmother, Barbara Mitchell; grandfather Lawrence Hoff; uncle, Mike Buckmiller; uncle, Richard Hoff; cousin, Hannah Fuller and cousin, Matt Gradin. In lieu of flowers memorials and condolences may be sent in Brandon’s name in care of Gillette Memorial Chapel 210 West 5th Street, Gillette, WY 82716. Condolences may also be expressed at www.gillettememorialchapel.com