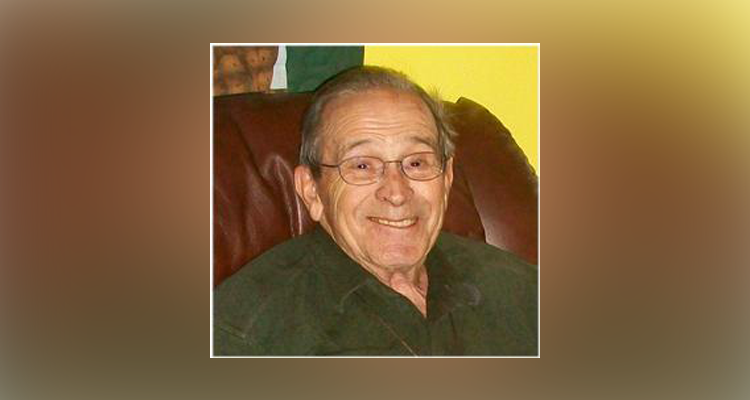 Edward William Maeder 93, of Moorcroft, WY passed away Sunday, May 21, 2017.
Born in Cook County Illinois to Oscar and Florence Maeder, he spent his youth in Oak Park, IL. As a child during the depression Edward helped his family earn money by playing music and dancing. This created his lifelong love of music. It was also as a child that he met his future bride Shirley. Edward graduated from Oak Park High School and enlisted in the Navy. After serving in World War II he came home and married Shirley Larson. Their wedding took place at Pilgrim Congregational Church in Oak Park, IL on January 31, 1945. After moving to Lake Villa, IL Edward started his own plumbing and heating business. He and his family enjoyed the water. Boating, fishing, and water skiing were among his favorite hobbies. He also loved motorcycles. Edward often spoke of his Indian and Harley Davidson motorcycles, but when he got older it was a Honda that became his favorite. After retirement, he and Shirley moved to Wyoming where they enjoyed having deer and turkeys right outside their door. Edward found a lot of enjoyment in woodworking. He always seemed to have a project going. He loved sharing stories of his youth, especially with his great-grandchildren. They knew that when they went to see Grandpa Maeder there would always be a story, lots of chocolate, and if they were lucky he would break out the harmonica and play them a song.
He leaves four children, Sandra Alm, Susan (Ronald) Hanson, Lawrence (Lillian) Maeder, and Lynn (James) Reid; grandchildren. Audrey Schoene, Richard Alm, Keith Hanson, Matthew Hanson, Traci Maeder, Jason Maeder, Eric Reid, Amy Jones, Earl Reid, and Alecia Banker; and numerous Great Grandchildren. Edward was preceded in death by his wife Shirley, his brother James, a baby sister who died at birth, and his parents. Funeral services will be held at 10:00 a.m. Friday May 26, 2017 at Fidler-Roberts & Isburg Funeral Chapel in Sundance with a private burial to follow.