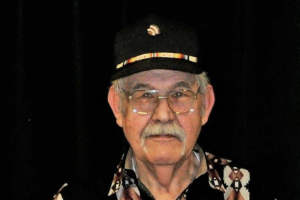 Gary was born February 26, 1940, in Bakersfield, CA the second son of Elmer & Pauline Rich. In March 1950, the family moved to Newcastle, WY. Along the way, while they stopped to put chains on the tires, Gary got out in the snow. When he got back in the car, he told Mother “we are all going to freeze to death”!

Gary attended school in Newcastle graduating in 1957. Gary worked at Craig Chevrolet for years cleaning cars before he was old enough to drive. He also worked for Neil’s Texaco in Newcastle. He attended Casper College.

In May of 1962, Gary married Joann Lampert and moved to California. To this union Monica & Monte were born. The couple later divorced, but remained friends.

Gary worked as a mechanic at the Pontiac & Toyota dealerships and later started his own business.

They moved back to Newcastle in 1984, where Gary opened Rich’s Automotive. He was well known for his talent of keeping cars running. Gary worked until 2014, at which time he retired, but was still well known for his “mechanic advice” to everyone who knew him.

Dr. Chuck Franklin tells the story about being on a missions trip in Venezuela when their bus quit on them. They couldn’t get it to run, but he had a satellite phone so he made a phone call to Gary and Gary told him what to do. They fixed the bus and were on their way.

Preceding him in death were his parents, grandparents, brother Ronnie, sister Glenda, aunts, uncles, cousins and a nephew.

Throughout his life, he was a devoted son, brother, dad, uncle, grandpa, papa, friend and a mechanic to all who knew him.

A memorial service will be held Saturday, February 3rd, at 1:00 pm, at Weston County Senior Services.