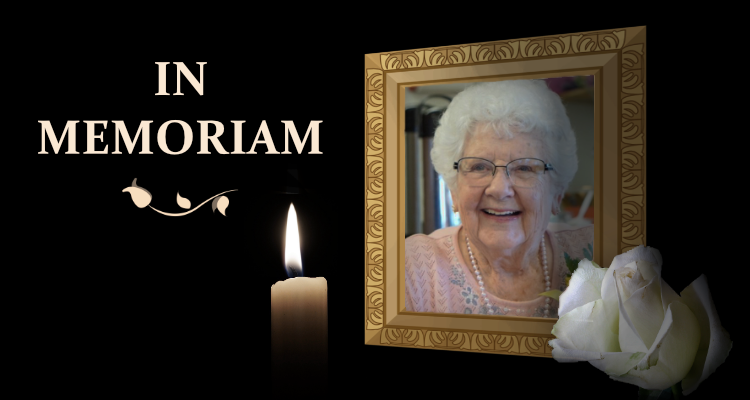 Jimmie was born in the home of her maternal great grandmother, Elizabeth Darrah on a farm out of Warrensburg, Missouri. Her parents were James R. Butcher and Myrtle (Darrah) Butcher. When she was five months old, the family moved to Osage, Wyoming. She finished her high school education in Upton, Wyoming, graduating in 1946. Jimmie married John P. Nelson on August 11, 1946. They raised three children together in Upton; Terry, David, and Joanie.

Jimmie was fortunate in doing what she was happiest — being a wife, mother, grandmother and homemaker. She loved traveling with her husband John, her sister Elsie and brother-in-law Lawrence Materi. In her later years, she traveled extensively with her son, David. She was always active in her children and grandchildren’s lives and enjoyed being around family. Jimmie lived in Upton throughout her entire adult life and was active in the Methodist Church and Methodist Women’s Society, playing golf and bridge for recreation. Jimmie was known as “Grammy” or “Aunt Jimmie” to many and held those names near and dear to her heart.

She is preceded in death by her parents, her husband, John; daughter, Joanie Hughes; daughter-in-law Carol Nelson; her sisters, Imogene (Lloyd) Bartlett and Elsie (Lawrence) Materi.

Services for Jimmie will be held at the Upton Elementary School at 2:00 p.m., Friday, October 25, 2019. Memorials and condolences may be sent in care of Meridian Mortuary 111 South Railroad Ave, Gillette, WY 82716. Condolences may also be expressed at www.meridianmortuary.com