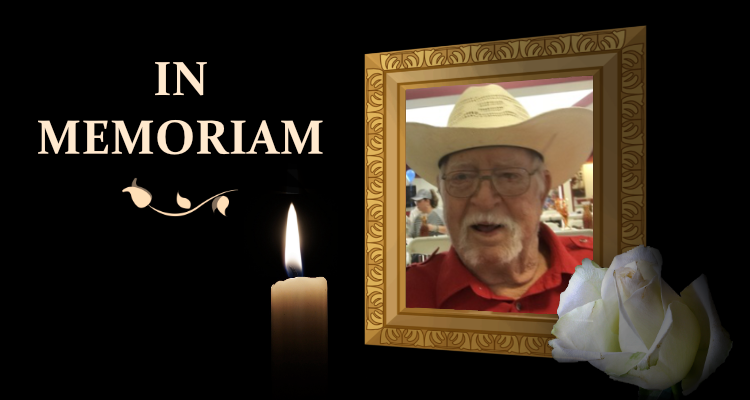 SIDNEY, NE.  –  Jerome (Jerry) Maurice Koester, 82, was called to his heavenly home on January 21, 2019 at 11:30 pm at the Rapid City Regional Hospital with his son Jerry Wayne Koester and daughter in law Annette Koester by his side with Jerry holding his hand for the entire final part of his journey. His firm belief in God supported him in his struggle and ultimately gave him peace and made his final journey very peaceful.

Jerry was born to the late Henry John Koester and Rose Marie Salber Koester, a farmer and a homemaker respectively, in Sidney, NE on March 26, 1936. Rose passed away when he was 5 months old. Henry married Helen Minnie Nienhueser on June 30, 1937 and raised Jerry and his siblings with lots of love. He graduated from the St Patricks Catholic School in Sidney NE in 1954.
Jerry married Ann Carol Goetzinger in 1955 and had a daughter Deanna Lynn. He married Shari Dayle Crouse in 1961 and had 3 children. Ronda Lee, Peggy Lynn, and Jerry Wayne. He married Garnett (Tudy) Wise in 1978 and acquired 3 more children to his family, Mike, Margaret and John. Jerry worked at Garrett Freight line in Denver CO for many years, after he retired he started a successful Mountain Man candy and nuts route in the Scottsbluff Ne area. After his wife Tudy passed away, his daughter Peggy moved in with him to help financially until she had a brain aneurysm, then he moved to Newcastle WY to be closer to his son and they had the chance to reform a relationship that had been lost over the years. He lived in Newcastle until this past summer when he broke his femur and it became necessary to move him to Spearfish SD to become closer to the Dialysis center. He still enjoyed weekly visits from his son Jerry until the time he passed.

He is dearly missed by his loved ones, who celebrate the fact that he is at peace with his creator.

He is preceded in death by his parents Henry Koester, Rose Koester and Helen Koester. His wives Ann Goetzinger-Hegarty, Shari Bartnik and Tudy Koester. His Brothers Don (Linda) Koester, and John Koester. His sisters Dorothy(Matt) Treinen, and MaryAnn( Joe) Beeman and his stepson John Kramer

Jerry was cremated as he wished to be. There will be a celebration of life service in Sidney NE at the Gehrig-Stitt Chapel at 10 am Saturday Feb 23. Burial will follow the service at Greenwood cemetery in Sidney.