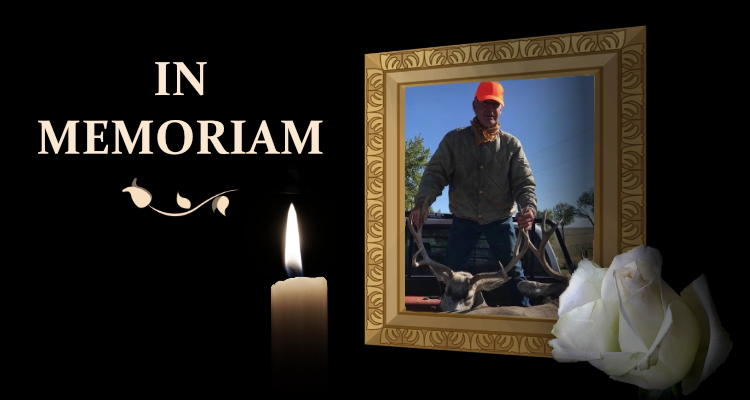 UPTON  –  Jerry Stuart Shepperson (age 73) passed away peacefully at his home on October 20, 2019. He is preceded in death by his parents, Al and Jessie (Mellor) Shepperson and numerous aunts and uncles. He is survived by his wife, Anita. They lived together on their ranch outside of Upton.

Jerry was born in Gillette, Wyoming on August 16, 1946 and lived in Weston County most of his life. He attended the University of Wyoming, receiving a bachelor’s degree in Range Management. He worked for Amex Coal and numerous local companies before settling on the Shepperson family ranch. He also served as Weston County Commissioner from 2007-2014.

Jerry had a strong work ethic and love of ranching in all its forms; he built a fulfilling life for himself around the daily and seasonal rhythms of ranch life. He was a great horseman and raised cattle and sheep as well. Always willing to lend a hand, Jerry built strong relationships with his neighbors and fellow ranchers.

He took great pleasure in music; and frequently shared his talents of singing and playing guitar with others at family and community gatherings. Jerry had a quick wit and was always making jokes (usually to amuse himself as much as anyone else), which he usually paired with a chuckle and a twinkle in his eye.

He loved camping, backpacking, fishing and hunting and shared his vast knowledge of the outdoors with his children, grandchildren and community members. He was always at his best in the outdoors and was prepared for any situation.

A celebration of Jerry’s life will take place in at the Boyle Auditorium in Upton on November 2, 2019 at 1:00pm.

His ashes will be spread privately by his family on the ranch. In lieu of flowers the family request that memorials be made in Jerry’s name to benefit the Upton Fire Department and EMS.