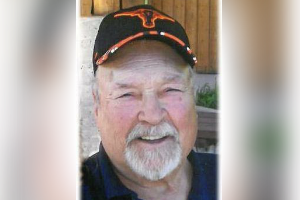 His father Robert was a highway construction foreman and superintendent, so the family moved quite often to various locations in Wyoming, western South Dakota, and Montana. Marvin attended several schools before his graduation from Sturgis, SD High School in 1963, and later from Black Hills State University in Spearfish, SD in 1974.

In 1971, he married Chauncine Green; they had two children, Mark and Shannon, and later divorced. He then married “the one” Debra A. Heinen on July 22, 1987, and gained another daughter, Jennifer. (He always claimed he was so lazy, he married women who already had kids).

Marv had a multi-faceted employment career in sales, radio broadcasting, Nursing Assistant at Fort Meade, SD VA Hospital, WY probation and parole, truck driving, heavy equipment operator, and retired after selling a small business. However, his last position was one he truly loved, being a part-time school bus driver for the Newcastle school system. He was proud of all the kids, K-12, who called him “Marv” or “Papa”. He often bored people with stories of their exploits and accomplishments.

He always liked being around people, and made friends easily. He loved his family very much, and always considered strangers “friends he hadn’t met yet”. He kept in touch with high-school classmates, and attended every class reunion.

Marv was preceded in death by his parents, Bob and Freda, his son Mark and several aunts, uncles, and cousins. He is survived by his wife, Debb; two children, Shannon Proctor, and Jennifer (Don) Steveson; five grand-children Reece, Jessie, Ryan, Lauren, and Alaina, and (5) great-children.

Arrangements are under the care of Fidler-Roberts & Isburg Funeral Chapel of Sundance, WY. Online condolences may be written at www.fidler-isburgfuneralchapels.com