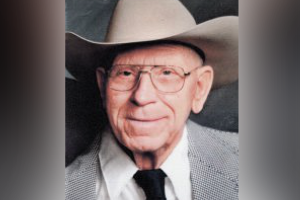 On June 8, 1948 he and Bessie Snyder were married in Selfridge. The couple moved to Newcastle in the mid 1950’s where Mike worked in the oil field as a heavy equipment operator.

His farming heritage always stayed with him and he planted large gardens. He liked making sausage from the game he hunted. Smoked meats and homemade wines were usual gifts to people who knew him. He had a passion for playing the harmonica and would frequently entertain family and friends.

He was preceded in death by his wife of 69 years, his grandson, Christopher Feist, and his parents and three siblings.

Funeral services will be held at 10:00 am Monday, July 2nd at Corpus Christi Catholic Church with Deacon Ken Pitlick officiating. Burial of cremains will follow at Greenwood Cemetery in Newcastle under direction of Worden Funeral Directors of Newcastle,. The family prefers memorial contributions be made to Weston County Health Services Foundation.