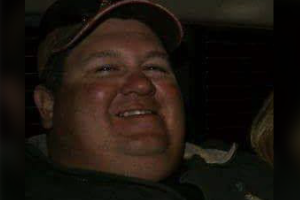 Quentin Wayne Rossman, a beloved son, brother and friend to all, died unexpectedly on Dec 4, 2017 at the age of 40.
He is survived by his parents, Randy and Carol; his sister Rachel (Andy) Brust; his niece, Alexandra; his nephew, Cade; his grandmother, Darla Farella and many aunts, uncles and cousins and his beloved dog Betsy.

Quentin was born in Torrington, Wyoming on August 7, 1977. He grew up on the family ranch outside of Newcastle. He enjoyed the iconic life of a country boy, hunting, riding horses, working hard alongside his dad and making his mom laugh with his stories and antics.

Quentin graduated from Newcastle High School in 1995 and continued his education at Sheridan Community College. During the summers, he worked for his grandpa Tony at the LAK ranch. Quentin also worked for the Hershey’s at CLT. He began his 20 year career with Black Hills Exploration and then transferred to Black Hills Resources in Farmington, New Mexico.
Quentin was a devoted son and friend, a cherished brother and uncle. He had a huge heart and was always helping someone in need. He made many lifelong friends and entertained all with his endearing sense of humor. He enjoyed camping, hunting and fishing. Although that changed a bit when his Betsy came into the picture. She had a knack for scaring the fish away but that ended up just adding to his love of being out in God’s creation.

Quentin had a love of humor and his infectious laugh brought joy to all that heard it. His jokes were never in short supply and his giggle will always be a reminder to live life to the fullest. He will be deeply missed and always remembered.

A celebration of his life on Saturday, December 16 at 2:00 pm at the Senior Center in Newcastle.

He belonged to the Masonic Lodge #13 and the Shriners. Quentin’s involvement with them enabled his love for helping others reach to even greater heights.   A memorial is being set up in his name for people in need in his hometown and the Shriner’s Children’s Hospital.