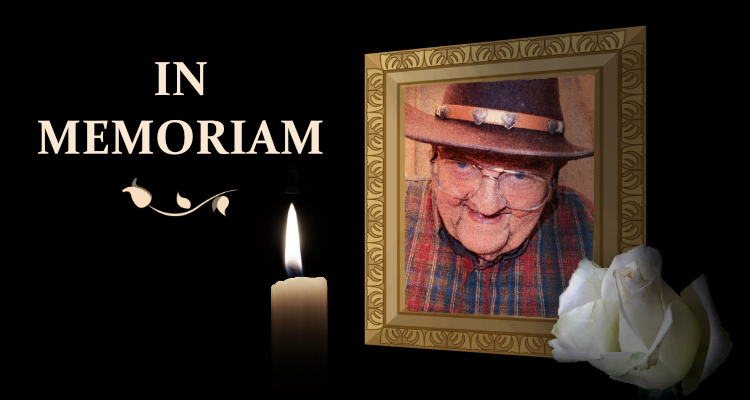 NEWCASTLE – Funeral service for Richard “Dick” Meyer Jr. will be held at 2:00 PM, Saturday, September 26, 2020 at Meridian Mortuary, Newcastle, WY; interment will follow at Greenwood Cemetery.
Please join the family for a gathering at the Meridian Mortuary immediately following the interment.

He was born to Richard Meyer Sr. and Edna May Curl on November 19, 1935 in Harvey, IL. Richard was the oldest of two boys born of this union.
After leaving school Dick became a worker for Custom Combines. He traveled around and met his first wife, Helen Meacham in Reader, ND. Dick and Helen begin their life together in Baker, MT.

They moved to Newcastle, Wyoming in 1955 and three children were born to the couple. Dick continued to work in various fields including the oil field and construction. He later divorced Helen and moved to Brunswick, Georgia, where he worked building sewage treatment plants as a welder.

Dick continued to live in Georgia until 2016 when he returned to Wyoming. Dick had a passion for playing the guitar and singing with his church friends. He was industrious and could build and create things to meet any practical need. He had an artistic side and built wooden lawn ornaments.

Dick loved to fish and when he visited Wyoming, he almost always took one or more of his grandchildren fishing. While in Georgia he spent time on shrimp boats and loved to catch catfish and shark. Dick also enjoyed his time in the Civil Air Patrol as a pilot.

Dick was preceded in death by his parents, two brother, David Meyer, one half-brother Ronald Meyer and one nephew David Allen Meyer.

In lieu of flowers, donations may be made to your favorite charity. Memorials and condolences may be sent in care of Meridian Mortuary 111 South Railroad Ave, Newcastle, WY 82701. Condolences may also be expressed at www.meridianmortuary.com